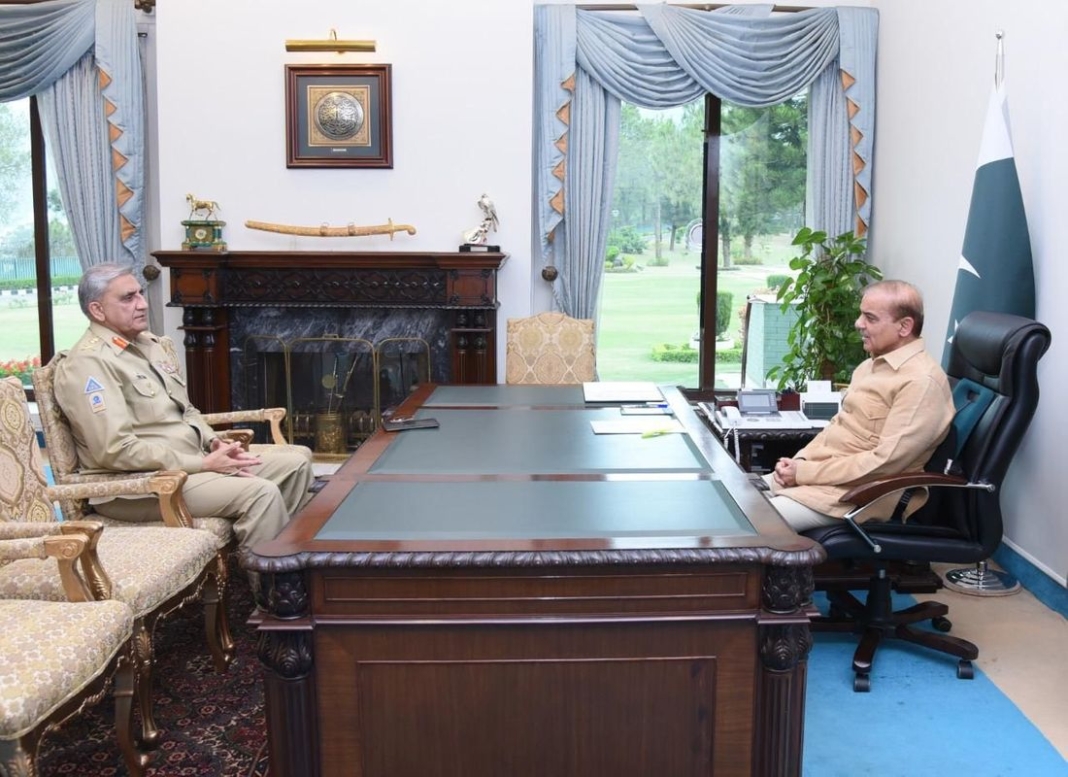 During the telephonic conversation, the prime minister and the chief of army staff discussed the situation of flood affectees and relief and rehabilitation operations in the flood-hit areas, especially in Sindh province.

The prime minister stressed acceleration of the rescue, relief and rehabilitation efforts, PM Office’s media wing said in a press release. The army chief apprised the prime minister of the army’s full cooperation in the rescue and relief operations in Sindh province.

The prime minister directed for provision of helicopters in the province as the road and bridges had been damaged in the province. He observed that helicopters would be helpful in the rescue and relief operations since the linking roads between Sindh and Balochistan provinces had been eroded.

He also appreciated the cooperation and spirit of the Pakistan Army in the rescue and relief operations. General Bajwa informed that he had issued special direction to the commander of the southern command over the relief activities in Balochistan.

The prime minister directed the relevant authorities of the Benazir Income Support Programme to immediately distribute supporting amounts among the flood affectees of Sindh province.

The NDMA chairman apprised the prime minister of the latest situation of rainfall and floods in Sindh and also about the cooperation extended during the ongoing rescue and relief operations in the two provinces. Meanwhile, PM Shehbaz extended condolences to Turkish President Recep Tayyip Erdogan, on behalf of the government and people of Pakistan, over the loss of lives in traffic incidents.

In a tweet, the prime minister expressed his deep grief and sorrow over the news of the loss of precious lives and the injuries to dozens as a result of traffic incidents in Türkiye.