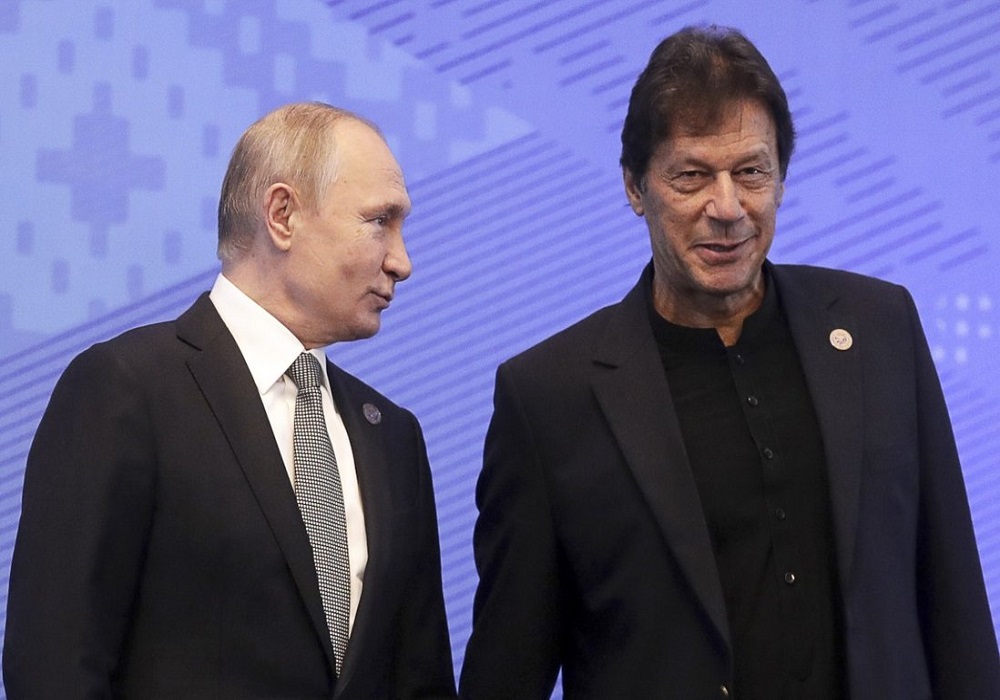 Prime Minister Imran Khan on Wednesday departed Pakistan for a two-day visit to Moscow, where he would meet Russian President Vladimir Putin.

The trip was the first bilateral visit by a Pakistani premier to the country after two decades. PM Khan would be accompanied by a high-level delegation.

PM Khan and President Putin would discuss bilateral ties including cooperation in the energy sector, according to a statement by the Foreign Office. They would also talk about major international and regional developments, including Afghanistan and Islamophobia, it added.

Both countries have enjoyed friendly relations with each other that were marked by mutual respect, trust and similar views on a range of international and regional issues.

The visit comes hours after Western nations slammed Russia with new sanctions for deploying its military in parts of Eastern Ukraine.

Previously during an interview with a Russian television channel, PM Khan had expressed apprehension regarding the situation in Ukraine and the chance of fresh curbs on Russia.