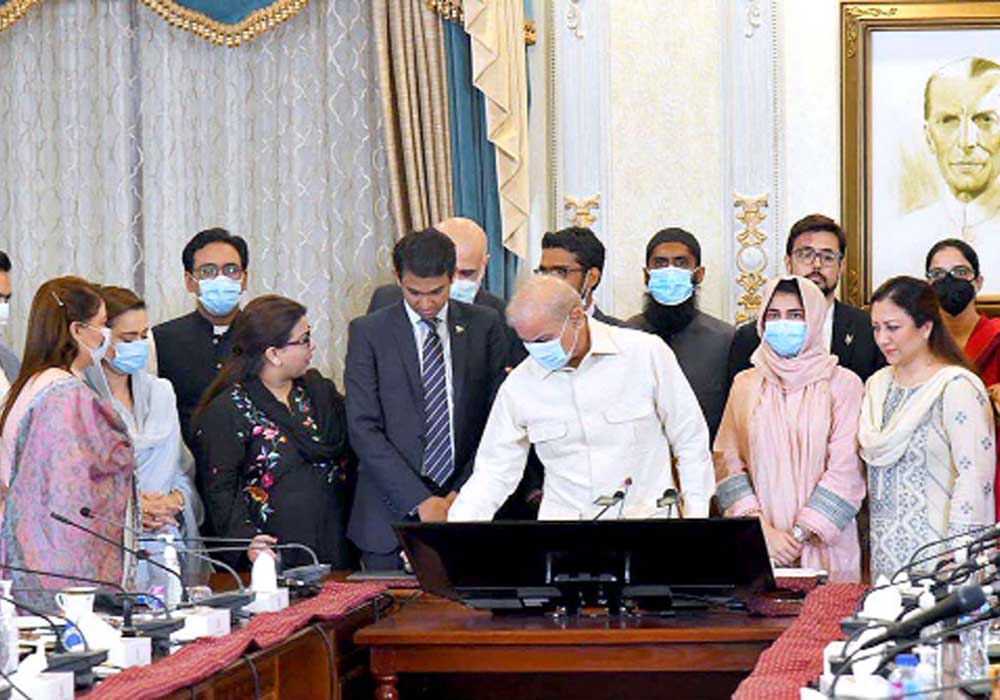 Prime Minister Shehbaz Sharif on Friday said the government would set up special cells for talented youth at all ministries to encourage them to work on their innovative ideas for national policymaking.

Addressing the launch of Innovation Hub, he said the step aimed at encouraging youth to get involved in national development. Being set under the Prime Minister’s vision, the Innovation Hub will play an important role in harmonising policymaking with the needs of the country by incorporating the views of all stakeholders, particularly the country’s talented youth and manpower.

Shehbaz said the innovative project would receive valuable feedback from stakeholders to help the government improve and refine its national policies.

He said modern education and technology had immense significance in today’s world and urged experts, intellectuals and youth to connect with the government through their suggestions. He stressed the importance of research work to explore the potential of various subjects for the benefit of the general public. The prime minister said he would personally promote the Innovation Hub, which would act as an effective platform for youth to excel.

The premier said that brilliant ideas of youth would be incorporated in policymaking so as to formulate them in a more practical way. Head of the PM’s Strategic Reforms Salman Sufi said the main objective of establishing Innovation Hub under the vision of PM Shehbaz Sharif was “putting the public back in public policy”. He said that besides himself, the panel of experts comprising Faisal Bari, Mosharraf Zaidi, Shahrukh Wani and Ayesha Raza Farooq would finalise the ideas.

He said the selected proposals would be presented to the prime minister, which would later become part of the national policy. This would be the first time that the general public would be involved in national policymaking, he added.

The youth present on the occasion gave their input about women’s development; tourism and hotel management; technology; and the need for improving the educational curriculum.

Separately, Shehbaz Sharif vowed to overcome the crisis of power generation in the country by restoring the halted projects.

Chairing a meeting to review measures to end power outages, he said ending load shedding was the responsibility of the coalition government despite the inherited baggage of crisis from the previous government.

He said the government was focused on taking effective measures to ensure an uninterrupted supply of electricity to consumers.

He said the government was cognizant of the problems faced by the people during scorching heat, adding that every effort would be made to address genuine challenges. The prime minister pointed out that the lack of maintenance of power plants during the tenure of the previous government resulted in a power shortage.

He said quashing the transparent and cheap deal with Qatar for the supply of Liquefied Natural Gas (LNG) at a 13 per cent rate in a period of 15 years was a big mistake of the previous government.

“It gives me immense satisfaction to announce that the 720 megawatts (sic) hydel power plant in Karot has started functioning,” he said in a tweet.