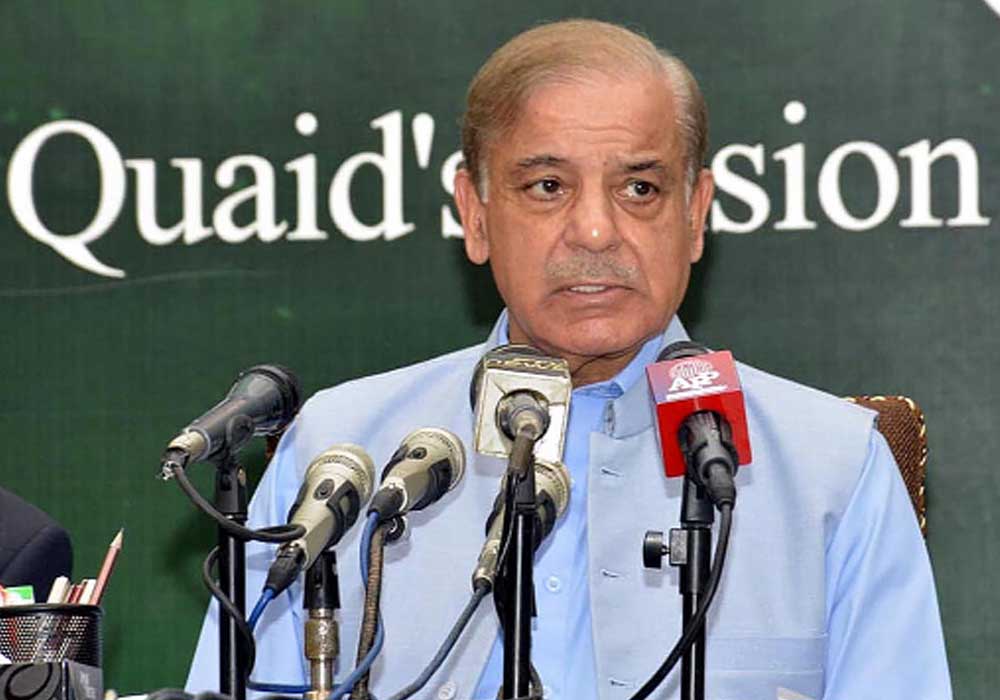 The prime minister, in an interview with Al Arabiya news channel, said: “My message to the Indian leadership and Prime Minister Narendra Modi is that let us sit down on the table and have serious and sincere talks to resolve our burning issues like Kashmir.”

In Kashmir, flagrant human rights violations were taking place day in and day out, he said, adding India had usurped any semblance of autonomy, given to the Kashmiris according to Article 370 of the Indian Constitution. The autonomy was revoked in August 2019.

Minorities in India were being persecuted, he said, adding: “This must stop so that message can go around the globe that India is ready to have talks.”

Shehbaz said India and Pakistan were neighbours and they had to live with each other.

“It is up to us to live peacefully and make progress or quarrel with each other, and waste time and resources. We have three wars with India and it only brought more misery, poverty and unemployment to the people. We have learnt our lesson and we want to live in peace provided we are able to resolve our genuine problems.

“We want to alleviate poverty, achieve prosperity, and provide education and health facilities and employment to our people and not waste our resources on bombs and ammunition, that is the message I want to give to Prime Minister Modi,” he added.

“We are nuclear powers, armed to the teeth and if God forbid a war breaks out who will live to tell what happened,” he remarked.

He said the leadership of the UAE could play an important role to bring India and Pakistan together, adding he would hold talks with the Indian leadership with the sincerity of purpose.

The PM said the United Arab Emirates was a second home for millions of Pakistanis and as prime minister he had undertaken a successful visit to the country.

“The leadership of Pakistan and Gulf countries have resolved to cooperate with each other in the realm of trade and culture and project Islam as a religion of peace and shun all forms of terrorism. We are working together as strategic partners.”

The prime minister said Pakistan’s woes and difficulties would not have decreased without the tangible and substantial support of brotherly Gulf countries and Saudi Arabia.

He said the Pakistani nation was resilient and brave, and it would stand on its own feet by promoting trade and investment. To a question, he said survival of the world lied in co-existence and what was happening in eastern Europe had devastated the world and commodity prices had sky rocketed.