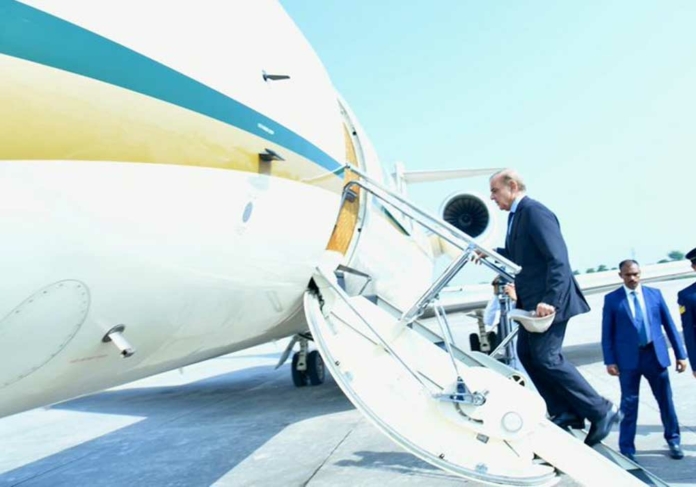 Prime Minister Shehbaz Sharif has left for London to consult Nawaz Sharif on the political situation in the country.

Both will also talk about Imran Khan’s proposed long march. The prime minister’s private visit to London is likely to be more than a day long.

The former prime minister and PML-N Supremo Nawaz Sharif have been in London since November 19, 2019, for medical treatment.

According to reports, Mariam Nawaz who is already in London will also participate in the consultations. There are also reports that an important meeting of PML-N leaders might be convened via video link for discussions in detail.