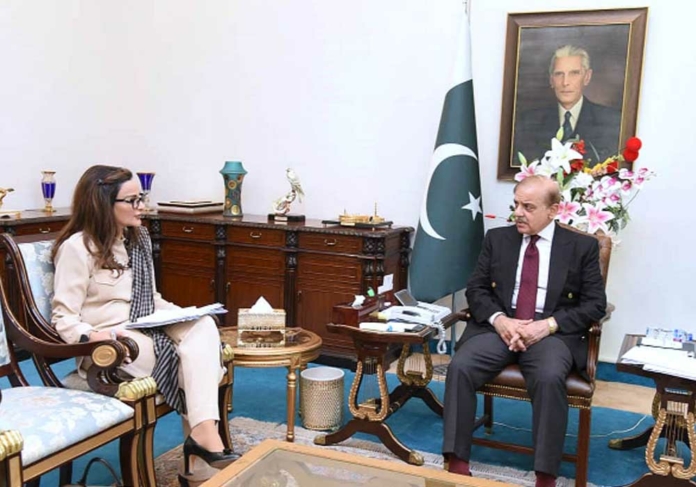 Prime Minister Shehbaz Sharif Tuesday ordered constitution of an Expert Committee on Climate Change which would be advising the federal government with regard to strategies on the issues related to various aspects of climate change such as climate finance, adaptation, and loss and damage assessment.

Despite having less than 1 percent share in the global carbon emission, Pakistan was one of the 10 countries most affected by climate change, he underlined, a press release issued by the PM Media Wing said. The prime minister urged the need to improve risk mapping, capacity building to access climate finance as well as loss and damage assessment ability. He emphasized on including risk mitigation and adaptation in disaster management strategies to reduce damages in the future.

The prime minister also stressed on the need of better coordination among the federating units on environment issues as environment was a devolved subject after the 18th Constitutional Amendment. The meeting was briefed that this year, Pakistan suffered overwhelming events like severe drought (that dried the delta area of Sindh province), forest fires, heat waves, glacier melting with three times than the average rate, glacial outbreak floods followed by heavy monsoon rains, were induced by climate change.

It was informed that the World Bank had estimated Pakistan’s recent flood losses at $40 billion. Pakistan faced 152 extreme events related to climate change in the last two decades and there was 300 percent increase in Glacial Lake Outburst Floods (GLOF), the meeting was told. It was further briefed that high intensity heatwave persistence had increased to 41 days per year and Pakistan had the hottest cities in the world for straight three years with temperature rising as high as 53.7 degree celsius.

The participants were further briefed that the upcoming 27th Conference of Parties (COP) under the United Nations, to be held in Egypt in November 2022, would provide Pakistan with an opportunity to present its stance on vulnerability with regard to effects of climate change, water scarcity, food security, sea level rise and increase in climate induced migration. The meeting was apprised that being a chair of Group 77 countries, Pakistan would also be pleading the case of the member countries with regard to the effects of climate change.

The participants of the meeting, while appreciating the initiative of the Federal Government, emphasized on the need of devising a National Adaptation Plan and strict implementation of the existing environment laws to mitigate the effects of climate change. The PCCC was constituted under the Pakistan Climate Change Act, 2017. The current PCCC was notified on August 29, 2022. The Council is headed by the Prime Minister with 26 official and 20 non-official members. The function of the Council is to advise and coordinate on Pakistan’s international commitments on climate change and environment issues, mainstreaming climate change concerns into decision making and implementation of comprehensive adaptation and mitigation policies.