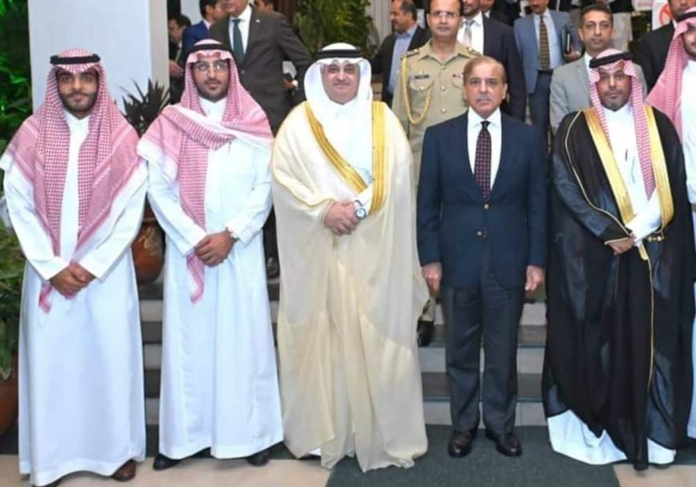 Prime Minister Shehbaz Sharif on Monday directed the authorities concerned to immediately remove all hurdles in the way of pending projects related to the Saudi Fund for Development (SDF).

He gave this direction during the meeting here with a delegation of Saudi Development Fund, which was led by the its Director General of Asia Operations Dr Saud A Alshammari. The prime minister also directed the Special Task Force for Saudi Arabia to get the solution of all issues in coordination with all the stakeholders during the stay of Saudi delegation in Pakistan. The Special Task Force comprised Federal Minister for the Board of Investment (BOI) Chaudhry Salik Hussain, Advisor to the PM Ahad Cheema, and special assistants to the PM Tariq Fatemi and Jahanzeb Khan.

The prime minister, welcoming the delegation, highlighted the fact that Pakistan was like a second home for the people of Saudi Arabia and Pakistanis also considered Saudi Arabia as their second home. Encouraging the Saudi delegation to invest in Pakistan’s solar energy sector, he said the present government was paying special attention to the promotion of the cheaper and green source of energy so that foreign exchange could be saved and people be provided cheaper electricity.

The prime minister said Saudi Arabia had always stood with Pakistan on domestic and external fronts, and its leadership had also extended unconditional support and help to Pakistan. He said Saudi Arabia extended all-out support to Pakistan in tackling the devastation caused by the recent floods. In that respect, he offered special thanks for King Salman bin Abdulaziz Al-Saud, and Prime Minister and Crown Prince of Saudi Arabia Muhammad Bin Salman.

The prime minister further said Saudi Arabia had played an important role in the development of Pakistan through the provision of grants, loans and in the form of investment. Federal Minister for the Board of Investment Chaudhry Salik Hussain, Advisor to the PM Ahad Cheema, special assistants to the PM Tariq Fatemi and Jahanzeb Khan, Saudi Ambassador in Pakistan Nawaf bin Said Al-Malki and senior officers concerned attended the meeting.