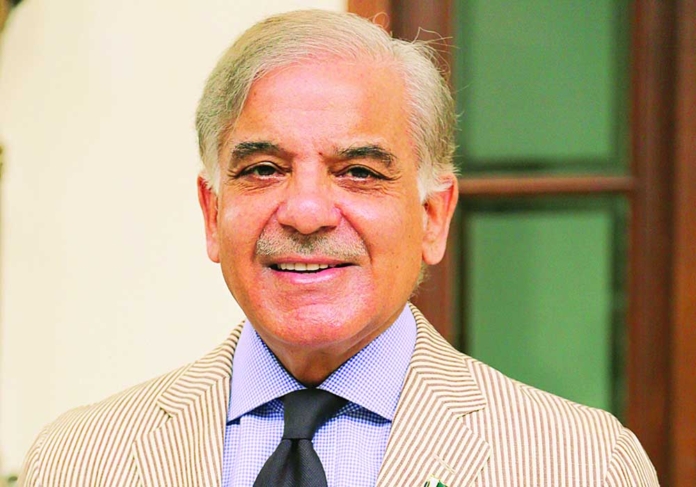 Shehbaz chaired an important meeting to overcome the issues of energy crisis. The meeting was attended by Minister for Planning Ahsan Iqbal, Minister of State for Petroleum Musadik Malik, Minister for Energy Engineer Khurram Dastgir, Minister for Information and Broadcasting Marriyum Aurangzeb, Shahid Khaqan Abbasi, and PM’s Special Assistant on Public Policy/Strategic Communications Fahd Hussain, besides other relevant authorities. During the meeting, steps to counter the ongoing power crisis in the country were discussed.

The prime minister also directed for resolution of the issues of provinces regarding the provision of drinking water and agriculture facilities on a priority basis. The Indus River System Authority (IRSA) was told to take an independent decision after consulting with the provinces.

Earlier, Prime Minister Shehbaz held Pakistan Tehreek-e-Insaf (PTI) government responsible for the load shedding, saying that challenges were being faced in energy sector due to the PTI’s bad policies.

Addressing a meeting held to review measures to end power outages, PM Shehbaz said that ending load shedding was the responsibility of the coalition government despite the inherited baggage of crises from the previous government.

Separately, Shehbaz chaired a high-level meeting to review the situation of law and order in Punjab, which was attended among others by the Punjab Assembly deputy speaker, the Punjab chief secretary, the Punjab Police inspector general and senior police officers.

During the meeting, the premier was given a detailed briefing regarding the situation of law and order. He directed that police should not give in to any pressure while performing their professional duties and ensure, in every way possible, protection of life and property of the citizens.

He assured the participants that the police would be provided sufficient funds for enhancing their capacity to overcome present day challenges. However, he warned that poor performance and lethargic attitude would not be tolerated.

Also, Shehbaz approved a five-day holiday on account of Eidul Azha, which will be celebrated on July 10, according to a statement issued by the PM’s Office. It said the premier had approved Eid-ul-Azha holidays from July 8 to July 12. The Cabinet Division is now expected to notify the holidays in a separate notification.

On the other hand, Khurram Dastgir announced that load shedding will not end on the occasion of Eidul Azha, however, the duration of power outages will be reduced.

During a press conference in Gujranwala, Khurram Dastgir said that load shedding could not be ended this Eidul Azha, however, people would witness a reduced duration of power outages.

He said that a 720 megawatts power plant had been made operational from June 29. The issue of power outages would be addressed next summer after the operationalisation of the new mega project, he said.

He blamed former premier Imran Khan for creating hurdles in the China-Pakistan Economic Corridor (CPEC). The government was bound to complete the 1,200-megawatt Trimmu Jhang power project in 2020 but a National Accountability Bureau (NAB) case was lodged, he said.

A record demand of 30,000MW was witnessed on July 30, whereas the domestic consumers of electricity suffered power-related problems due to the provision of electricity to industries, he said.

The federal minister said that the Tarbela Power Plant would start generating 3,400MW on July 7, which would gradually reduce the menace of load shedding.

The electricity shortfall in the country has reached 7,787MW as production is stagnated at 21,213MW and demand exceeded 29,000MW.

According to the power division, a total of 5,430MW of power was being produced by hydel projects, while 705MW was being produced via Thar mill plants. The production via the private sector is 10,241MW and wind and solar plants throughout the country are producing 1,742MW of electricity, it added.