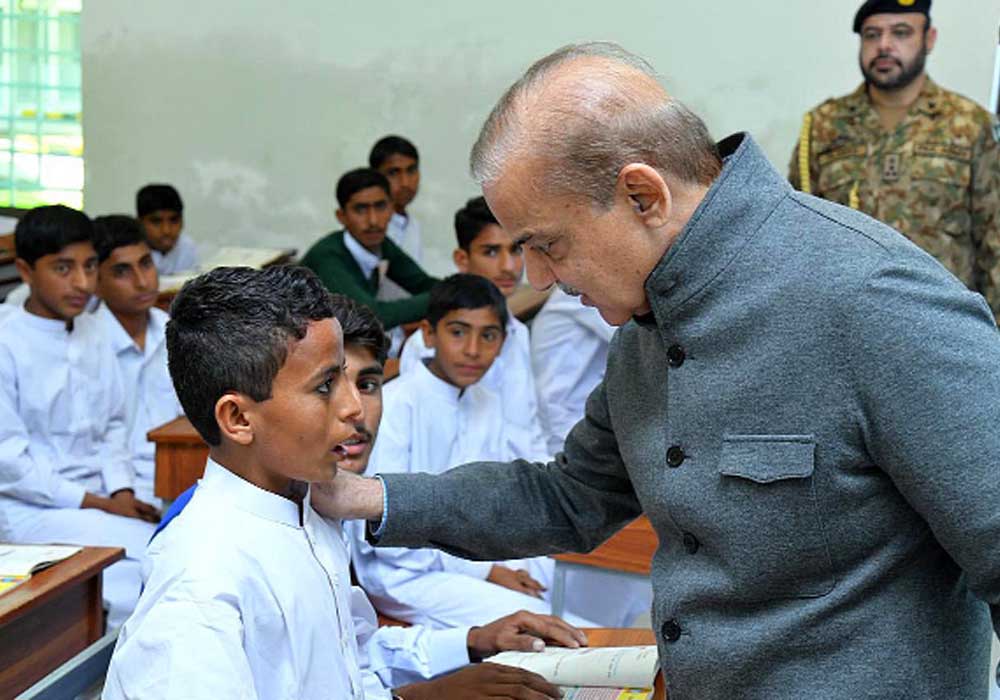 Prime Minister Shehbaz Sharif on Wednesday said the government and people would have to put in their effort the make the rehabilitation of the flood-hit country possible, alongside the help of friendly countries.

Speaking at the inauguration ceremony of the Government Boys Secondary School of Kili Jia Khan that was rebuilt, the PM expressed hope that the “civilised” world would come to Pakistan’s aid to support the reconstruction and rehabilitation of flood-affected areas at the International Conference on Climate Resilient Pakistan scheduled for January 9 in Geneva.

PM Shehbaz said he would co-chair the moot with the United Nations Secretary-General Antonio Guterres. He said that he was “constantly contacting” the leadership of friendly countries to invite them to the conference.

“Yesterday, I talked to Malaysian Prime Minister Anwar Ibrahim. He assured us of sending a delegation to the conference. He will also join through Zoom,” he said and mentioned his telephonic interactions with the leaders of Turkey, Qatar and the UAE for the purpose.

The PM said the government had already distributed Rs100 billion among the affected people through the Benazir Income Support Programme (BISP) but a lot more funds were still needed to pay compensation for one million houses destroyed by the flood and many people were yet awaiting assistance for their rehabilitation.

In December, Pakistan had identified a funding gap of $8.2 billion against the $16.3 billion total flood rehabilitation and reconstruction requirements — setting the goal for the international donors’ conference next month.

The $8.2 billion gap appeared too large to be filled in the Geneva conference amid a low response to the UN’s $816 million emergency appeal, high risks of Pakistan’s sovereign default, and possible derailment of the International Monetary Fund (IMF) programme because of imprudent economic policies.

Earlier, PM Shehbaz unveiled the plaque of a newly built smart school building, while vowing to develop the facility at par with the Danish Schools of Punjab.

He also announced the construction of 12 Danish schools across Balochistan to provide equal educational facilities to the poor children of the province.

The PM, who was given a briefing on the status of reconstruction and rehabilitation work, also interacted with the flood-affected families.

Shehbaz lauded the performance of government officers and provincial leadership for completing the school building within two months and also announced Tamgha-e-Khidmat award for three officers, including the chief secretary and the secretary of education.

Pakistan is facing not only humanitarian and health emergencies – with 33 million people, about a seventh of the population, impacted by flooding – but also an education crisis, communities and officials warn.

Earlier the UN children’s agency (UNICEF) said that the flooding has damaged or destroyed more than 26,600 schools nationwide, while at least 7,060 others are being used as temporary relief camps and shelters for the displaced.

More than 3.5 million children have had their education disrupted, UNICEF said, in a country that even before the floods had the world’s second highest number of out-of-school children – 22.8 million of those aged five-16, or 44% of that age group.