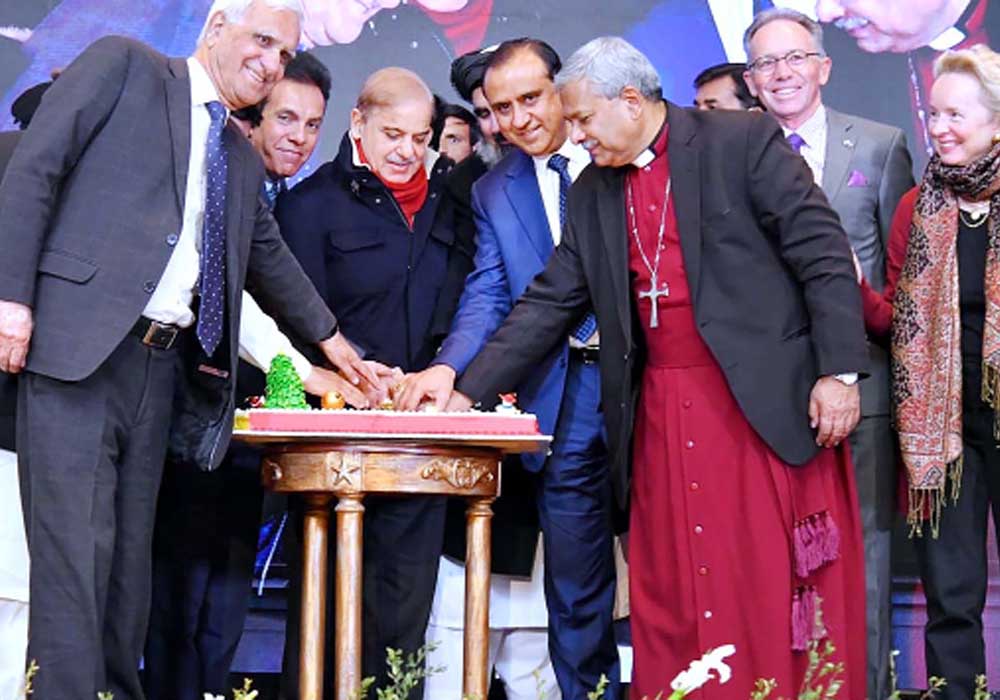 Prime Minister Shehbaz Sharif Thursday assured that the government would protect the rights of people belonging to all the religious minorities, including Christians, Sikhs, Hindus and Parsis, and ensure a secure environment for them.

Speaking at a ceremony organized here to celebrate Christmas, he said,  “We want that Pakistan should move forward according to the thinking and teachings of the Quaid-e-Azam and Allama Muhammad Iqbal, who called for peace and brotherhood among all religions.” He reminded that Quaid-e-Azam Muhammad Ali Jinnah, in his speech on August 11, 1947, gave a clear message about the equality of rights of minorities. Under the Constitution of Pakistan, people of all religions in the country had equal constitutional and political rights, and they were allowed to take part in all fields of life, he added.

Unfortunately, PM Shehbaz said, due to extremism and terrorism in the last decades, a number of incidents happened which was unfortunate and weakened the protections given to the minorities who felt threatened and vulnerable. However, the Pakistani state succeeded in eradicating terrorism and extremism, he said while referring to the latest incident in Bannu where terrorists made people hostage but later they were killed by armed forces. The personnel of armed forces embraced martyrdom during the incident, he noted.

“We value from the core of our heart your services for Pakistan. Your services for the progress and development of Pakistan will be remembered in golden words. Justice Cornelius, Group Captain Cecil Chaudhry, and Sister Ruth Pfau who was German and served the Pakistani nation for 55 years, were examples of service to Pakistan.” He said the Christian community contributed immensely in the fields of education and defence. “I myself got education in a missionary school Sacred Heart”.

He said Hazrat Isa gave a message of peace, brotherhood and love to the humanity. The Holy Quran mentioned Hazrat Isa and Hazrat Maryam on numerous occasions, he said, adding all religions promoted peace and brotherhood in the world. “People from all religions across the world whether Christians, Hindus, Sikhs, Parsis or Muslims wanted to live in peace and harmony. Nobody should oppress and do injustice to others or violate rights of others and change religion of each other by force. Islam nor any other religion allow this.”

Islam ordered that rights of people of all religions should be protected, he stressed. He assured that as per demand of the religious minorities a national minority commission would be formed after legislation in the Parliament.

Separately, Prime Minister Shehbaz Sharif on Thursday directed the authorities concerned to complete the solarisation of the government buildings before the onset of summer season. The prime minister, chairing a meeting to discuss the promotion of solar energy, said the utilization of solar energy was inevitable to improve the economy by reducing import bill of the fuels. Calling for the promotion of solar energy by the private sector, he instructed all the departments to expedite the process of transparent bidding for establishment of solar power plants. The solarisation of the government buildings would also reduce the electricity bills as it was a mode of clean and cheap electricity.