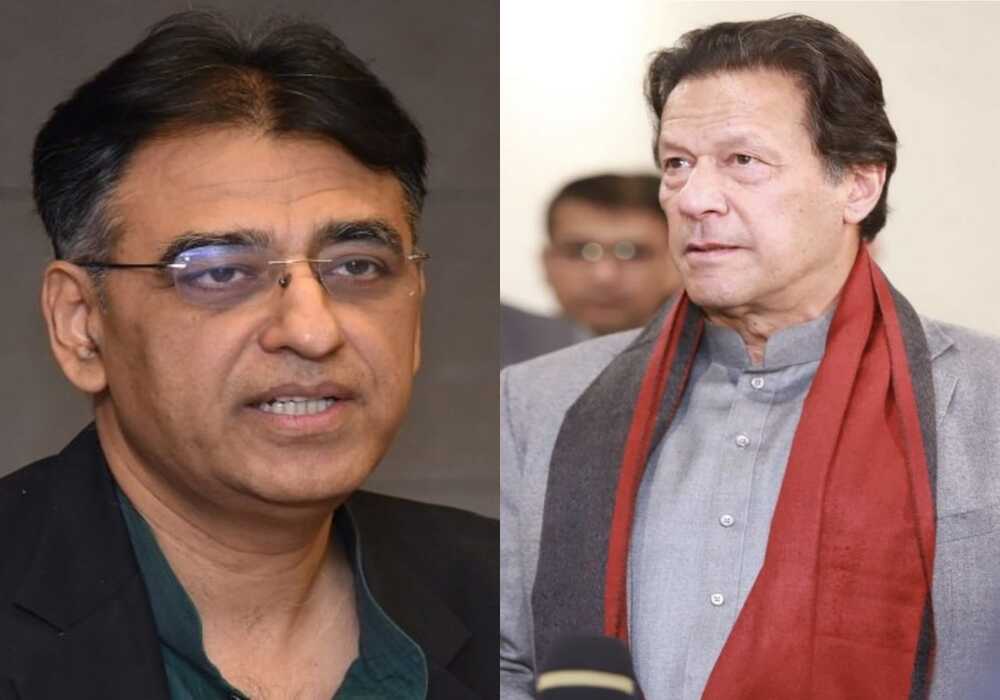 Prime Minister Imran Khan has announced the new structure of his Pakistan Tehreek-e-Insaf (PTI) a day after dissolving all party formations in the wake of a setback in the Khyber Pakhtunkhwa local bodies elections.

In the new party set-up, Federal Minister for Planning, Development and Special Initiatives Asad Umar has been given the post of secretary general, while Pervez Khattak, Ali Haider Zaidi, Qasim Suri, Shafqat Mahmood and Khusro Bakhtiar have been appointed as new provincial heads of the party in Khyber Pakhtunkhwa, Sindh, Balochistan, Punjab and Southern Punjab, respectively. Aamir Mehmood Kiani has been made the party’s additional secretary general, the minister added.

Commenting on his appointment, Asad Umar said that holding an important position in Pakistan’s largest political party was a matter of honour and also a great responsibility. “God willing, under the leadership of Imran Khan, the PTI will get stronger as per the expectations of party workers and voters. The workers of this party are its capital, which no other party has,” he said.

A day earlier, Fawad had said that the prime minister had dissolved the party structure following consultations with senior party leaders. Briefing the media after a meeting of the PTI top leadership, Fawad had said all office-bearers of the PTI’s organisational set-up had been removed from their posts, as the forum discussed KP LG elections and the country’s overall situation.

The minister had said Prime Minister Imran Khan had expressed dissatisfaction over the performance of PTI in the first phase of LG elections in the KP and the distribution of tickets. Fawad had explained that a 21-member constitutional committee, consisting of national PTI leadership, had been formed that was working on the new constitution of the party. It consists of Pervez Khattak, Mahmood Khan, Murad Saeed, Asad Qaiser and Ali Amin Gandapur from KP; Fawad, Shah Mahmood Qureshi, Hammad Azhar, Khusro Bakhtiar, Chaudhry Muhammad Sarwar, Saifullah Niazi, Amir Kayani and Usman Buzdar from Punjab; Mir Jan Muhammad Jamali and Qasim Suri from Balochistan; Imran Ismail and Ali Zaidi from Sindh; and Asad Umar from the federal capital.

Meanwhile, Asad Umar on Saturday said Prime Minister Imran Khan would complete his constitutional term as the people showed confidence in the PTI. Talking to a private news channel, he said 90 percent of the people had given mandate to the PTI because they loved PM Imran Khan, as they knew that he was the only political leader of the country who had full capabilities to resolve all the national issues amicably.

The minister said the party leaders did not pay proper attention to the local government elections, so it was also a big reason for defeat in Khyber Pakhtunkhwa.

He said the PTI alone contested the local government elections against all the opposition parties in the province, adding that despite opposition parties’ alliance the PTI won 13 tehsil seats. Asad said the party leadership would pay proper attention to party structuring on a long-term basis. He said that the prime minister as the chairman of the PTI would also monitor the matters of the party in the future.

To a question, he said former prime minister Nawaz Sharif was declared guilty and disqualified for life by the Supreme Court (SC), so it was impossible for him to participate in the country’s politics.