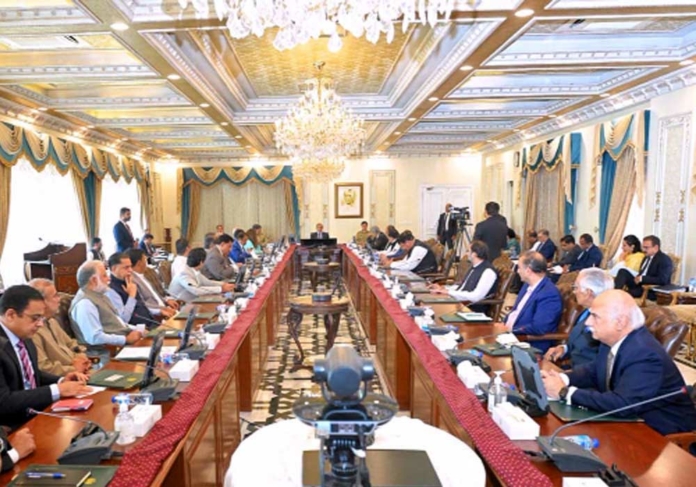 Chairing a meeting of the federal cabinet, the prime minister directed the Power Division to give a detailed briefing next week regarding the power theft and line losses as well as the strategy to check it.

He also called for launching a public awareness campaign about energy conservation, a press release issued by the PM’s House said.

Referring to his October 10 visit to Thar, the premier said that cheaper electricity could be produced through the Thar coal project. “Unnecessary delay in the past was not less than a national tragedy, but now such projects were among the government’s priorities.”

The prime minister added that the project would help reduce the country’s $24 billion energy import bill. He also appreciated all the stakeholders involved in the project and said that an important review meeting would be held next week.

Meanwhile, the cabinet, on the recommendation of the Interior Ministry, included Bhutan, Maldives, Nepal, Rwanda, Belarus and Slovakia in the business visa list for the promotion of trade relations with these countries.

On the Interior Ministry’s recommendation, the cabinet also approved the family visa extension period from one to two years.

Some additions to the online visa system, including fields showing address and place of the stay of applicants, intended entry port/border/airport, place of work and contact details, were also approved. “Same fields shall also be made mandatory for private individuals other than CPEC (China-Pakistan Economic Corridor) projects.”

Moreover, the cabinet, on the recommendation of the Ministry of Housing and Works, approved the allotment of 23 kanals to the Supreme Court of Pakistan for its Lahore registry.

It also endorsed the decisions made by the Economic Coordination Committee of the Cabinet (ECC) during the previous two meetings.

Later, the cabinet condemned the attack on a school van in Swat and prayed for an early recovery of the injured children.