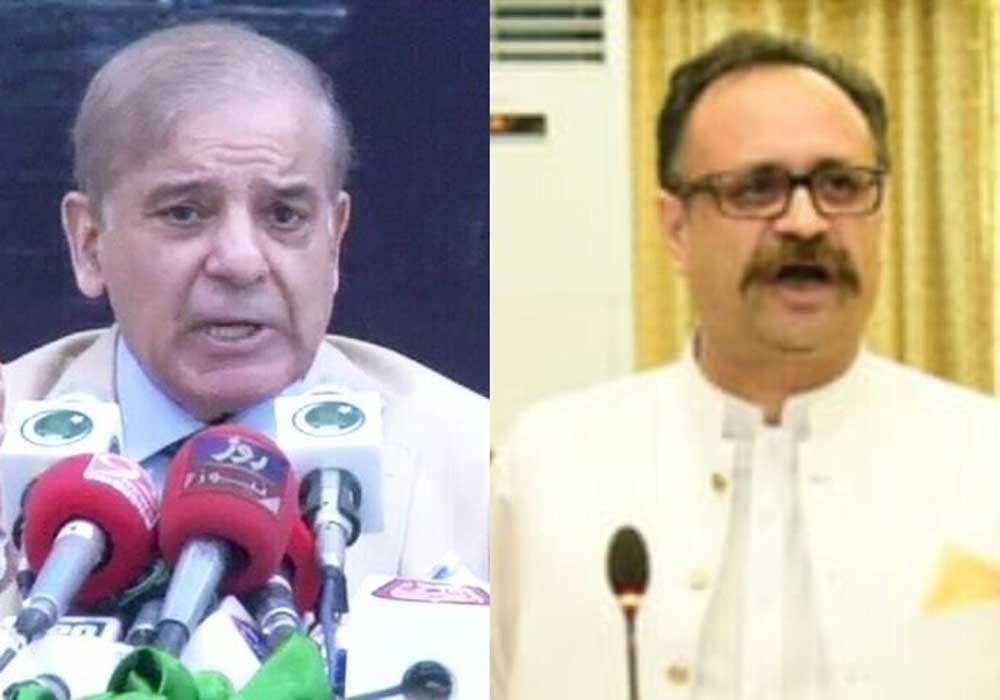 Prime Minister Shehbaz Sharif and Azad Jammu and Kashmir (AJK) Prime Minister Sardar Tanvir Ilyas engaged in a verbal spat as the Pakistani premier attended a ceremony in Mangla on Monday. In videos circulating on social media, PTI’s Tanvir can be seen trying to speak during the prime minister’s speech. Shehbaz asked him to sit down and told him that they will talk later. However, the AJK PM did not listen to him. Shehbaz again asked Tanvir to remain silent, a request which met refusal from the AJK premier. This goes on for one more time. “Please, listen to me, for Azad Kashmir, I will talk to you, Mr prime minister, please sit down, I will talk to you,” an agitated Shehbaz can be seen pleading. During his address, Shehbaz had lashed out at the PTI government, without taking its name, saying that prosperity comes with action, not by slogans and sit-ins. “The journey to development cannot continue until there is political stability. Don’t raise slogans but prove your performance to the nation by your actions,” the premier said, taking a jibe at PTI’s previous government. When PM Shehbaz announced a power project in Kohistan, naming PML-N leader Amir Muqam during the announcement, AJK PM Tanvir started arguing with the premier. During a press conference later, Ilyas regretted that the [office of the] prime minister of Pakistan did not take the AJK government or administration into confidence with regard to his arrival in the AJK territory for a function. “Nevertheless, when I got the information, I flew into Mirpur from Muzaffarabad to receive the prime minister of Pakistan in my state,” he said.