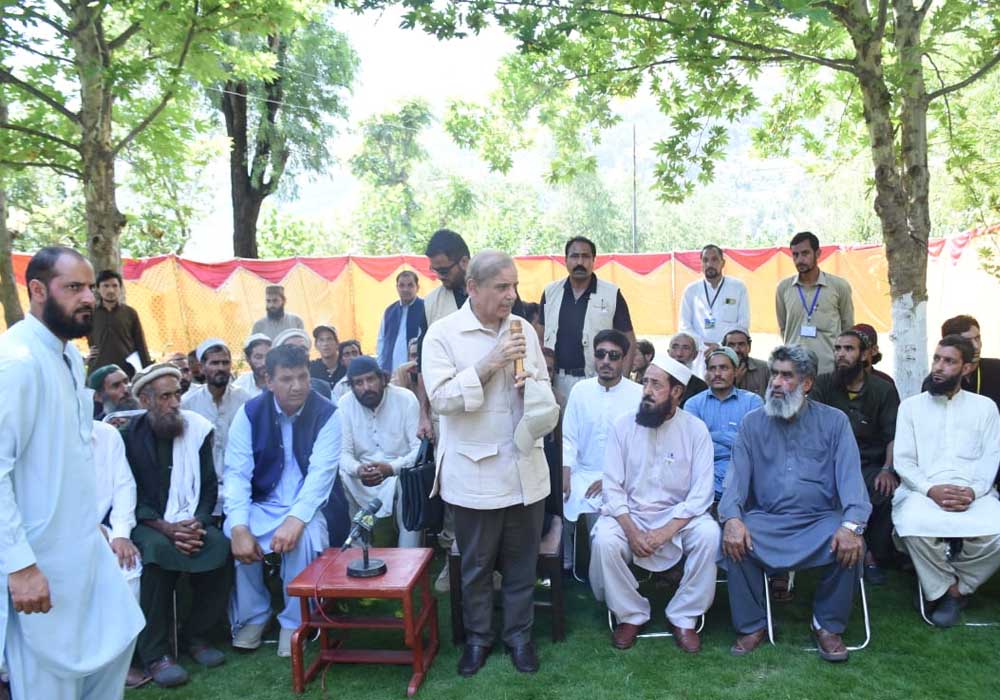 On Wednesday, PM Shehbaz reached KP in order to assess the state of the rescue operations.

The prime minister, while talking to the media during his visit, said that Sindh will receive Rs15 billion from the federal government for reconstruction and relief operations after floods wreaked havoc throughout Pakistan.

He also announced that KP and Balochistan will receive grants of Rs10 billion each.

PM Shehbaz stated that each family affected by the disaster will receive Rs 25,000 from the government, while the families of those who lost loved ones will receive Rs1 million.

The prime minister instructed the necessary authorities to evacuate tourists right away while he was in Kalam.

He was informed that six Pakistani Army helicopters were currently being deployed to rescue tourists and transport them to safer locations and that up to 700 visitors were still missing and would likely be saved by Thursday.

He expressed gratitude to the UN for launching a “Flash Appeal” for $160 million for Pakistan and promised to personally see to it that the funds were properly utilized.

He concluded by expressing gratitude to the international community for coming to Pakistan’s aid during its time of need and for providing the funds required to assist flood victims.