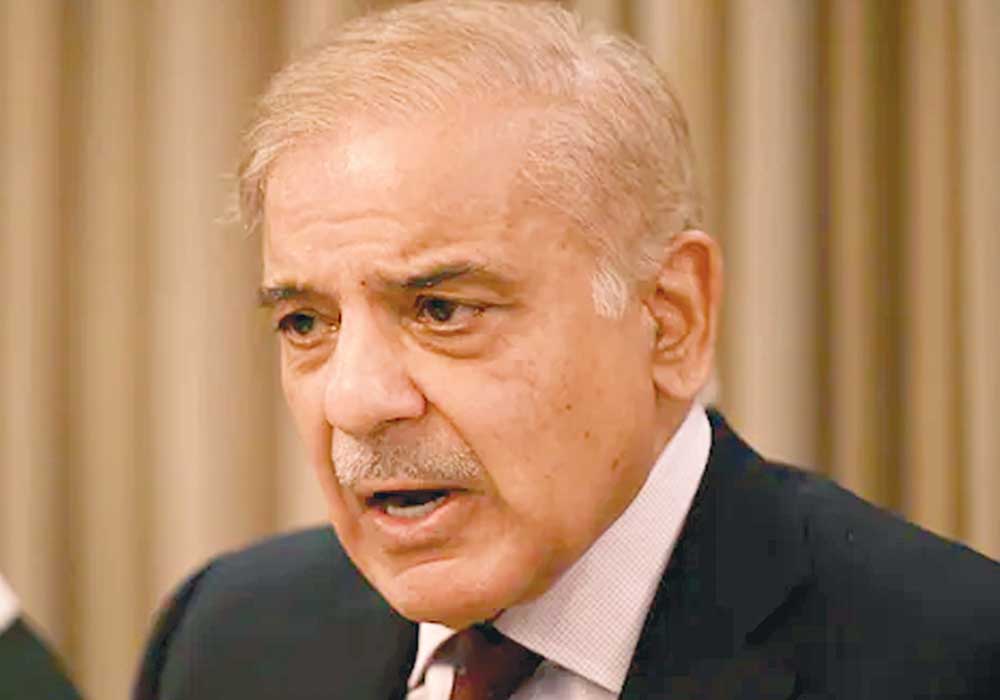 Prime Minister Shehbaz Sharif has issued a strong condemnation regarding the ban on Eid prayer gatherings by Indian authorities in some areas of Indian Occupied Jammu and Kashmir (IOJK).

Radio Pakistan reported that the premier had a phone conversation with Azad Jammu and Kashmir Prime Minister Sardar Tanveer Ilyas on Wednesday, wherein he underscored Pakistan’s commitment to moral, political and diplomatic support for the people of Kashmir until they possess the right of self-determination.

Indian media reported that the Jamia Masjid in the Nowhatta area of Srinagar had a bar placed on Eid prayers by the authorities after the management committee’s refusal to accept the administration’s conditions.

The condition put forth by the administration was that prayers be held before 7:00am and an undertaking be provided by the management committee that peace and order would be maintained prior to and following the congregation.

Prime Minister Shehbaz Sharif, while extending greetings to the nation on Eid-ul-Fitr, urged the nation to show compassion and take special care of the needy people while celebrating the festival.

The prime minister, in his message on Eid, said Allah Almighty had awarded everyone with Eid-ul-Fitr after the month of the blessing of Ramazan.

He said considering the Ramazan’s spirit of patience, sacrifice and compassion, it was incumbent upon the followers to be extra cautious about the needs of the poor and needy while celebrating the Eid.

The same was the true spirit of Eid and the teachings of Holy Prophet Muhammad (Peace Be Upon Him), he added.

The prime minister said his government was committed to ensuring the country’s deliverance from the load-shedding and was making all-out efforts to achieve the objective.

He also directed the authorities concerned to carry out no power outage for the three days of Eid to make the people properly enjoy the festivities.

He said keeping in view the Eid pleasures and the hardships of the inflation-hit people, the government had also decided not to increase the oil price.

The prime minister assured the nation that every moment of his tenure and all of his capabilities would be utilised to bring ease to the people’s lives. In the coming days, the people would also feel a reduction in their hardships as an outcome of the government’s efforts.

PM Shehbaz also asked the countrymen to remember the people of Palestine and Indian Illegally Occupied Jammu and Kashmir on the occasion of Eid and pray for their liberation from oppression as well as for their independence.

He also expressed his good wishes for the people of Afghanistan and prayed for durable peace, progress and prosperity in the war-torn country.

Meanwhile, President Dr. Arif Alvi said that besides being a day of giving, blessings and forgiveness, Eid was also an occasion to share joys and sacrifice of the deprived people.
The president, in his message to the nation on Eid-ul-Fitr, prayed to Allah Almighty to make the day a source of joy and ease.

The president said that Ramazan was a month of spiritual and moral coaching for the Muslims besides being a source of great human traits as well as spiritual righteousness.
Moreover, he said fasting also inculcated the characteristics of patience, tolerance and virtue. It also teaches everyone the well-being of others and selflessness, he added.

The president said Eid day required the celebrators to share their joys with the poor by fully supporting them to achieve real happiness and exercise the true spirit of the festival.

Alvi prayed to Allah Almighty “to inculcate in our personalities the characteristics of love for worship, self-control and passion to sacrifice which we had been practising throughout Ramazan.”

He also prayed to make everyone a source of the country’s welfare besides enabling all to play their role for national security and stability.