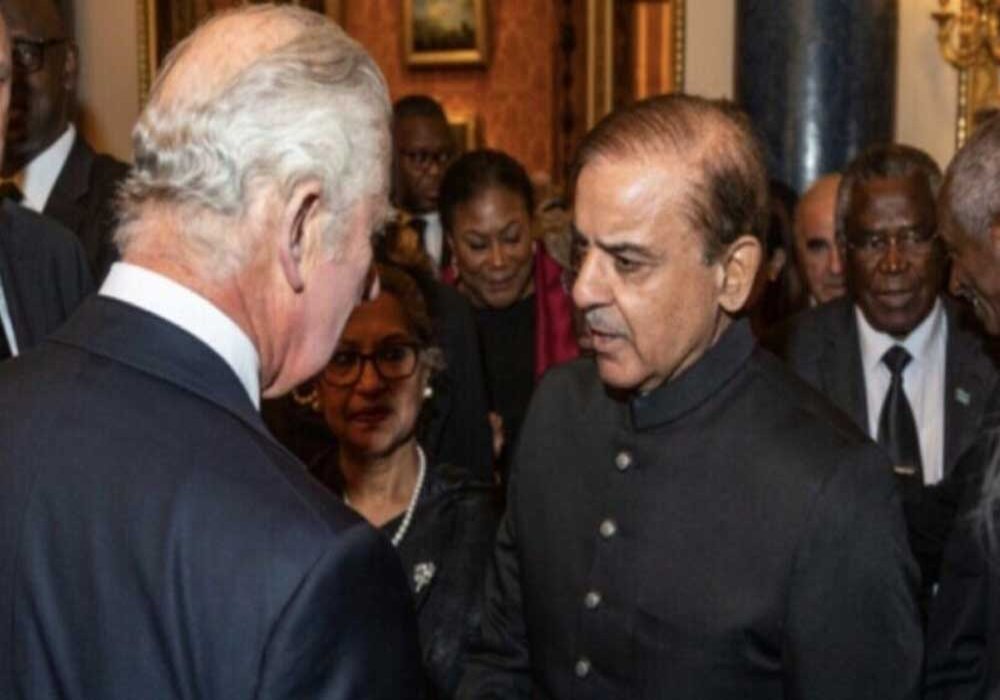 Prime Minister Shehbaz Sharif offered his condolences over the death of Queen Elizabeth II in his meeting with King Charles III.

The meeting took place during the reception hosted by the king for the visiting dignitaries in London.

On behalf of the people and government of Pakistan, PM Shehbaz conveyed best wishes to King Charles III on his accession to the throne and expressed the hope that he would carry on the legacy of his mother in further strengthening friendship among Commonwealth nations.

PM Shehbaz said, “The late monarch was a source of inspiration and strength for generations of Commonwealth citizens.”

The premier had departed to London to represent Pakistan at the late Queen’s funeral on Saturday. Defence Minister Khawaja Asif and Special Assistant to the PM Tariq Fatemi accompanied him.

Queen Elizabeth II, longest-serving British monarch’s, died at the age of 96 at Balmoral on September 8. She will be laid to rest today after a grand state funeral that will be attended by leaders from around the world.

Pakistan observed a national day of mourning on September 12 and the flag was flown at half-mast on the occasion.