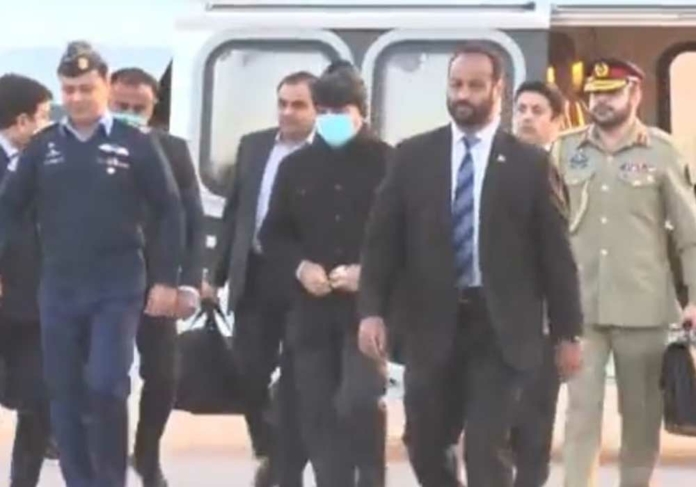 Prime Minister Shehbaz Sharif left for a two-day official visit to Turkey on Friday at the request of President Recep Tayyip Erdogan.

According to a Foreign Office (FO) statement, the Prime Minister will “jointly inaugurate the third of the four Milgem Corvette ships for the Pakistan Navy, PNS Khaibar at the Istanbul Shipyard.

The premier stated in a tweet before leaving that the inauguration of the third Milgem Corvette ship symbolized the strengthening of Pakistani and Turkish defence cooperation.

Being in Turkey feels like being home, overwhelmed by the warmth of our Turkish brothers & sisters. Our bilateral ties have entered a new era of strategic partnership under the leadership of President Erdogan. We are on course to unpack the full untapped potential of relationship https://t.co/69HDrEvcsC

The FO stated that during the two-day trip, PM Shehbaz will “interact with leaders of the Turkish business community” and meet with the president of the ECO Trade and Development Bank while in Istanbul, the country’s capital.

Shehbaz and Erdogan would undertake extensive talks on “bilateral relations, the situation in the region, and other areas of common concern,” the FO added.

The two nations “enjoy fraternal ties profoundly steeped in commonalities of faith, culture, and history and supported by great cordiality and mutual trust,” the FO continued.

The Pakistan navy would purchase four Milgem-class ships from Turkey under the terms of the Milgem project, which was based on a cooperative effort between Turkiye and Pakistan. The agreement was made with ASFAT Inc., a Turkish state-owned defence contractor company in 2018.