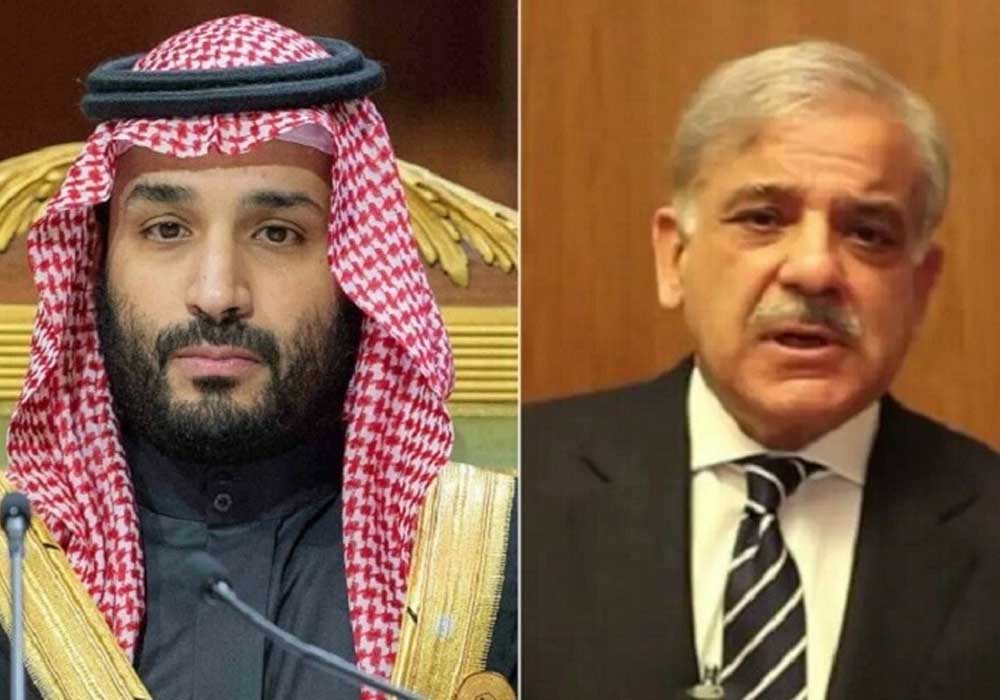 According to a press release from the PM office, the ongoing cooperation in the fields of investment, energy and trade was discussed between the two leaders.

The progress over the decisions taken during PM Shehbaz’s last visit to Saudi Arabia in April was also discussed during the telephonic conversation.

Issues of mutual interest were discussed along with the reaffirmed resolve to further strengthen the strong fraternal ties between the two countries.

The Prime Minister thanked the crown prince for recent support for stability and development of the Pakistani economy. He also conveyed his deep respect to King Salman bin Abdulaziz.

The crown prince congratulated PM Shehbaz Sharif and the people of Pakistan on the eve of the country’s 75th Independence Day conveying his best wishes for the progress, prosperity and development of Pakistan.

The press release has also stated that Saudi Arabia’s crown prince accepted the Prime Minister’s invitation for a state visit to Pakistan.

Shehbaz Sharif’s first official visit after assuming the office of PM was to Saudi Arabia in April, which was aimed at advancing economic, trade and economic ties and creating of opportunities for the Pakistani workforce in the Kingdom.