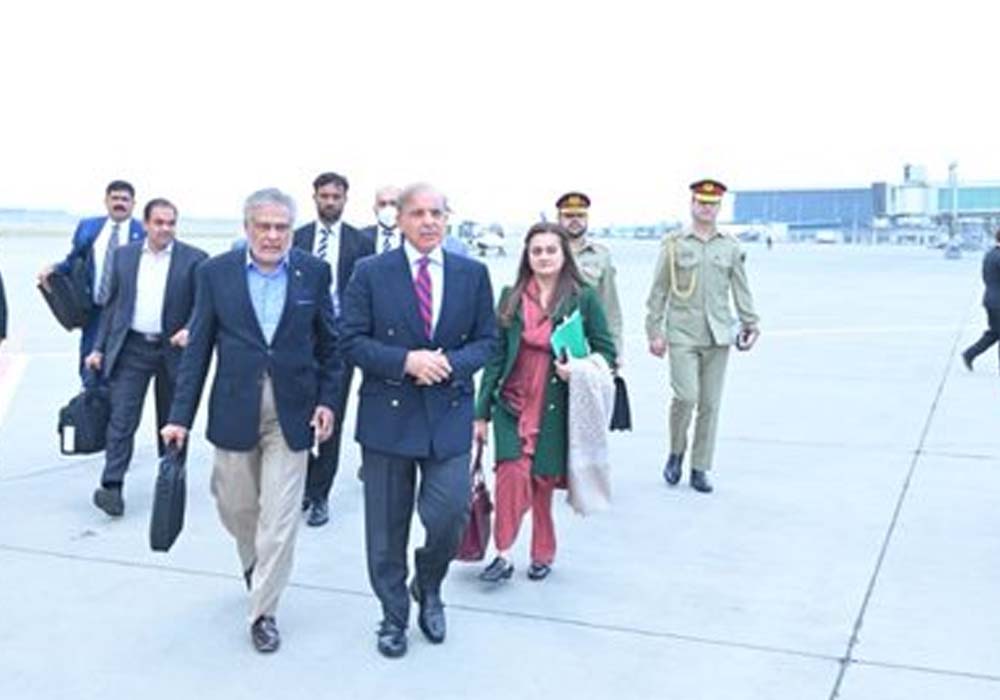 PM Shehbaz has gone to China upon the invitation of Li Keqiang, Premier of the State Council of the People’s Republic of China.

Before departing for Beijing, the premier said that he was honoured to be among the first few leaders to have been invited after the historic 20th National Congress of the CPC.

“At a time when the world is grappling with multiple challenges, Pakistan and China stand together as friends and partners,” he wrote.

PM Shehbaz will be among the first leaders to visit Beijing after the historic 20th National Congress of the Communist Party of China, the FO spokesperson said.

The spokesperson also said that the visit was expected to advance the wide-ranging bilateral cooperation agenda after the conclusion of a number of Memorandums of Understanding (MoUs) and agreements expected to be signed at the 11th meeting of the CPEC Joint Cooperation Committee (JCC).