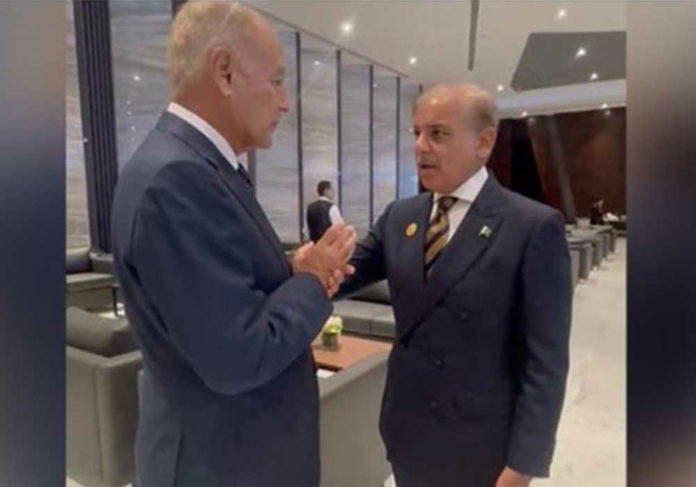 The meeting was held on the sidelines of the Climate Implementation Summit in Sharm Al Sheikh. Issues of bilateral and mutual interest were discussed between the two leaders. Both also agreed to strengthen cooperation in preventing the effects of climate change and the devastations caused by it.

PM Shehbaz is in Egypt to participate in ‘Sharm Al Sheikh Climate Implementation Summit’. Upon his arrival, he was welcomed by President of Egypt Abdel Fateh El-Sisi and United Nations Secretary-General Antonio Guterres.

PM Shehbaz will speak at other high-profile gatherings such as the roundtable discussion hosted by the UN Secretary-General to introduce the ‘Early Warning Systems for Executive Action Plan’ and the ‘Middle East Green Initiative Summit’. The summit is being held today and will be hosted by the Saudi Crown Prince Muhammad bin Salman.

Prime Minister Shehbaz Sharif will co-chair a high-level roundtable discussion along with his Norwegian counterpart and will also meet several world leaders during his visit.