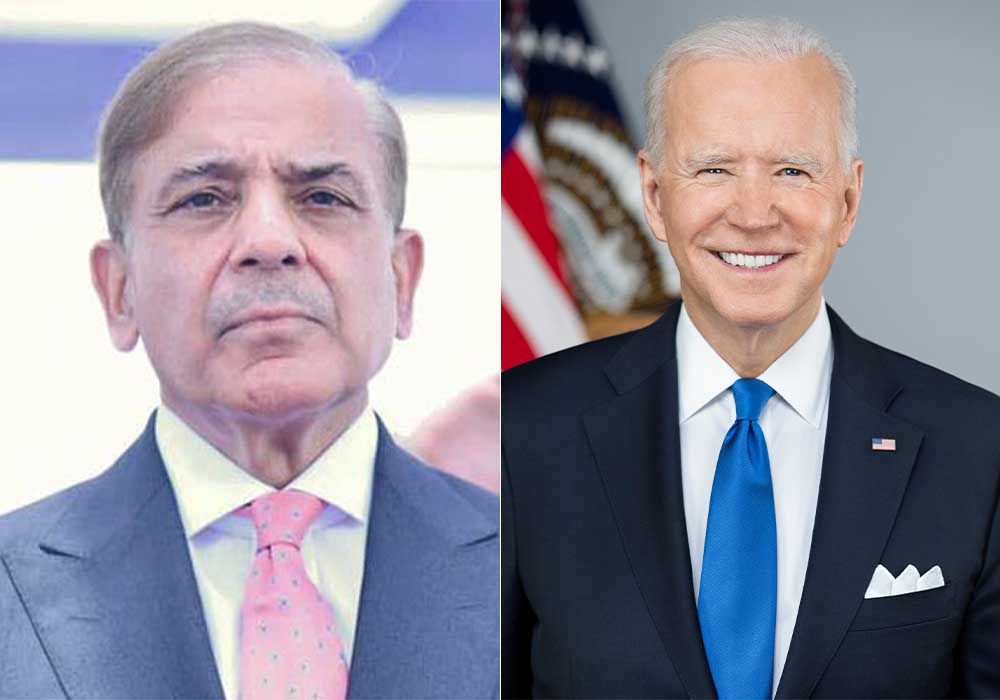 Prime Minister Shehbaz Sharif is expected to meet President Biden in New York during the reception hosted by the US president in honor of world leaders on the sidelines of 77th session of the United Nations General Assembly (UNGA).

PM Shehbaz will interact with the US President informally as there has not been anything confirmed about any bilateral meeting between the two. This would be the first interaction of President Biden with any Pakistani prime minister since he took office.

According to diplomatic circles, the interaction would be significant as President Biden has not so far met any Pakistani PM since he took office, although State Department’s senior advisors and members of Congress have had meetings with Pakistan’s civil and military leadership of Pakistan during their visits to Islamabad.

The prime minister will address the 193-member Assembly on September 23. Earlier, Prime Minister Shehbaz Sharif arrived in New York in the early hours of Tuesday. He flew to US from London after attending the funeral of Queen Elizabeth II.

On September 20, the prime minister will attend the reception hosted by UN Secretary-General Antonio Guterres. On the same day, he will also meet French President Emmanuel Macron, the Austrian chancellor, and the Spanish President.

A meeting with President of the European Union Council Charles Michel and participation in the Global Food Security Summit to be hosted by the president of Senegal and the African Union is also on the agenda of the prime minister’s visit.

PM Shehbaz will also host a reception in honor of the Turkish president and his spouse, besides meeting with Finnish President Sauli Niinisto.