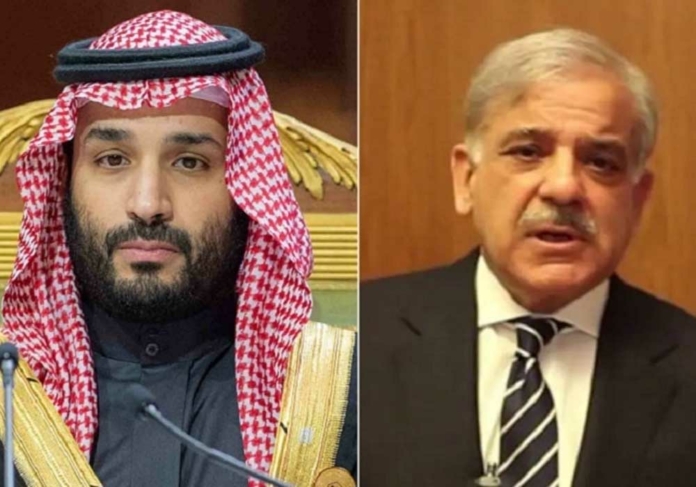 The PM will also have meetings with Crown Prince Muhammad Bin Salman.

According to a statement from the Foreign Office (FO), the trip of the premier has been scheduled after an invitation by the Saudi Crown Prince.

The FO statement further stated that PM Shehbaz will hold consultations with the Saudi crown prince in which longstanding fraternal relations and strengthened multifaced cooperation especially economic cooperation would be discussed.

The Future Investment Initiative Institute, which operates under the patronage of Crown Prince Salman, will host the conference.

PM Shehbaz will also speak at the conference to highlight investment opportunities in Pakistan. The theme of the conference during this year is ‘Investing in Humanity: Enabling a New Global Order’. Around 6,000 delegates including top corporate executives of multinationals, policymakers, investors, entrepreneurs and young leaders from around the world will participate in the conference.

The murder of writer Jamal Khashoggi overshadowed the investment conference’s second iteration in 2018, and it is taking place this year amid a US-Saudi dispute over OPEC’s oil output cut.

Because of the rift, US officials have not been invited to the event. According to the organizers, they wanted to keep the focus on business and did not want politics to be discussed.

However, around 400 top business executives from the US will participate in the conference.