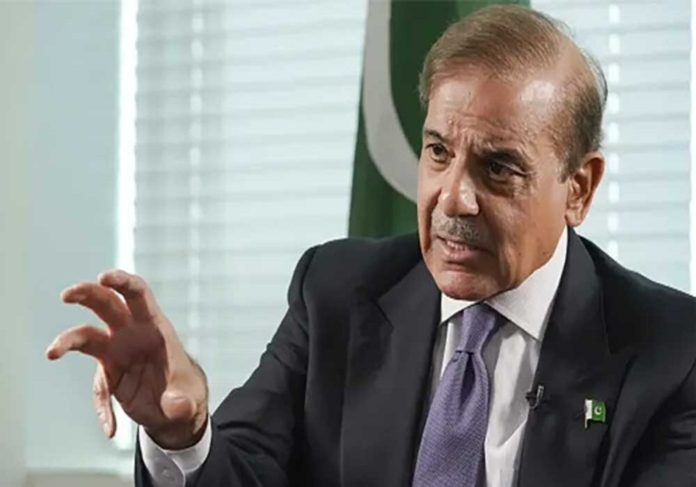 Responding to former prime minister Imran Khan’s remarks that the establishment was not with his government during the last few months in office, Prime Minister Shehbaz Sharif on Saturday questioned why the PTI chief remained in power if he did not have the authority to make decisions.

“When we came to power, the establishment was with us but in the last three to four months of the government, the establishment was not with us,” Imran had said while talking informally to journalists and addressing the lawyers at the City Court in Karachi. “Even I was the prime minister, but I had no authority over NAB (National Accountability Bureau).”

He added that if he formed the government again, he would not accept this situation.

“Imran Khan daily shows videos in his rallies. I don’t understand what he is talking about as sometimes he says that I had full authority to make decisions and General Bajwa was with me but these days he is saying that he was not allowed to make decisions. [If that was the case] then what did you do for nearly four years,” Shehbaz said in his address to Mufti Mahmood conference, held in the federal capital. “With Ulema as my witness, I say that I’ve never seen a bigger liar than this person [Imran] in my life.”

Shehbaz said that PTI chief starts hurling allegations in the morning and keeps on doing that till the night. “He is conspiring against the nation and institutions day and night. The world has never seen a bigger fraudster than him,” he continued.

The prime minister said that the prices of petroleum are revived every 15 days and when the day of revision approaches, he is unable to sleep for two nights as he fears the petrol price will be raised.

He said that despite all the differences in politics, Mufti Mahmood never closed the doors for dialogue but today politics starts with curses and ends with it. “Certain people promoted the culture of abuses … society is being further divided,” he added.

“A group within the society is teaching [youth] to disrespect a noble person. I seek your help to stop the path of such people as some people are trying to further divide the nation,” he said while addressing the religious scholars.

Shehbaz said that when the coalition government assumed power, the economy was in tatters “but we managed to get through the tough period”. However, he added that one person [Imran Khan] is praying day and night that Pakistan defaults and becomes another Sri Lanka.

He further said that the previous government broke the IMF agreement but the present government had to bear the brunt.