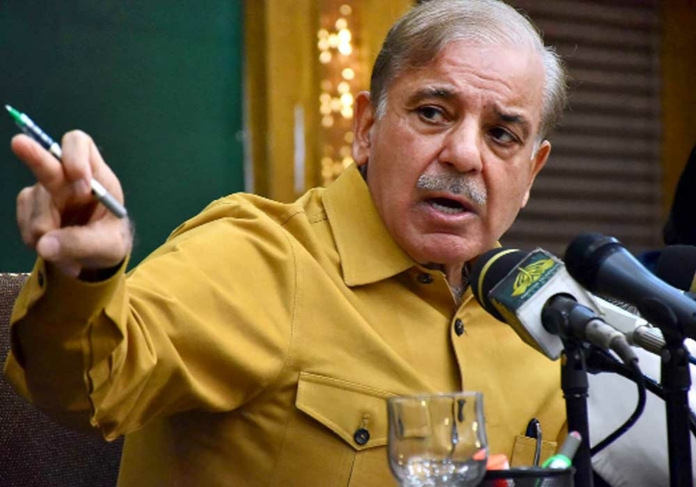 Prime Minister Shehbaz Sharif has written a letter to Chief Justice of Pakistan (CJP) Umar Ata Bandial requesting him to form a judicial commission to find out the facts of the firing incident on PTI Chairman Imran Khan.

In a letter to the CJP the PM has written that a commission should be formed consisting of all available judges of the Supreme Court. He further said that the Commission could specifically consider five questions.

The first question asked is which law enforcement agencies were responsible for the safety of the caravan. It has asked if safety measures and standard operating procedures were implemented to protect the caravan and if they were  followed.

The letter further stated says to find facts regarding the presence of more than one shooter, retaliatory firing, the overall number of victims, and the nature of their injuries. It also said to find if law enforcement and administrative authorities adopted the prevailing investigative procedures.

The prime minister further wrote in the letter that the country was suffering from a security situation and law and order crisis due to the tragic incident of firing in Imran Khan’s procession in Wazirabad. The letter stated that PTI leaders were making poisonous speeches and violent riots were causing chaos in the state.

It also said that after 72 hours there was no FIR as the Punjab government under PTI, unfortunately, did not take into account the legal requirements. The Prime Minister said that it was sad that the crime scene was not preserved.

The letter further stated that people were injured on the container but it was also not detained for forensics. It stated that Imran Khan’s medico-legal report was also not received and he was taken to a private hospital.