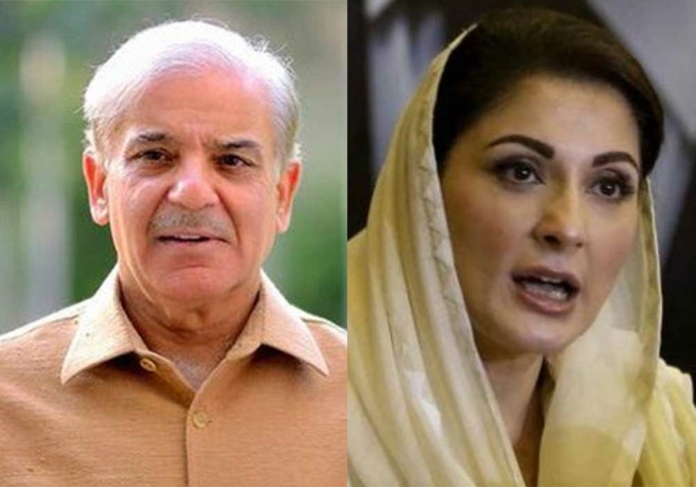 The purported audio allegedly featuring Prime Minister Shehbaz Sharif and an unidentified man holding discussion about PML-N vice-president Maryam Nawaz asking for a power plant from India to be imported for her son-in-law on Sunday irritated the PML-N, which reacted and criticized the PTI leadership.

The PML-N lashed out at PTI Chairman Imran Khan, saying that, “once a liar is always a liar”. The reaction came after the alleged audio went viral on social media and PTI Chairman Imran Khan criticised the PML-N vice-president Maryam Nawaz over the grid issue in his speech had gone viral on the social media. Imran Khan in his speech had alleged, “Maryam Nawaz’s son in law requested the grid station, this has been provided at the expense of taxpayers’ money!”

He had said, “She [Maryam Nawaz] is asking to build it on public money. What does it mean? It means the public money. I don’t know the cost of a grid station but I think it would be of Rs700 to Rs800 million. She asked him to give a benefit of Rs700 million to Rs800 million to her son-in-law”. Khan had also said that these two families [Sharif and Zardari families] did not know the meaning of merit. He said he built Shaukat Khanum and NAML University, but these two institutions were not for his relatives but for the public.

The PML-N while taking to Twitter clarified the position by sharing copies of an order of the Lahore High Court. The PML-N said, “The order for the installation of this grid station was given in 2020 by Lahore High Court.” The party also said, “This by the way was the tenure when Imran Khan was the selected PM and was busy brokering deals to open sealed real estate sites in exchange for diamond rings.”

Maryam Nawaz also reacted and she retweeted a tweet of a journalist who had said that “the 60 per cent machinery of the under question grid station had arrived from India in 2019, and after the 2020 ban, the rest of the machinery was imported from China.” She retweeted, “It all happened during Imran Khan’s government.”

According to the copies of the order of the Lahore High Court shared by the PML-N, Justice Muhammad Ameer Bhatti [the incumbent Chief Justice] had allowed the construction of the grid station. “The respondents are directed to complete the process of approval of the construction of 132-KV grid station at the already existing proposal of the petitioner, meanwhile,” read the order. The order showed that M/S Technical Associates Pakistan had filed a petition in the Lahore High Court and submitted that a separate piece of land measuring 4 acres was allocated for the establishment and construction of Grid station 132-KV and the competent authorities were moved for the approval. The petitioner submitted the documents before the court and said that the authorities concerned accepted the approval and allowed the petitioner to commence the process of its approval. The approval process, it said, was in progress when the respondents [the state authorities] changed the SOPs for the construction of an independent Grid station.

The order had held that the move for changing the SOPs affected the right of the petitioner at that stage as they had already gotten approval for the society map from all the competent authorities and it was quite tough for Raheel Muneer and his company to meet the SOPs including the provision of a separate land within the boundary wall of the society. The copies of the order showed that the SOPs apparently caused “unnecessary inconvenience, ” and held that “hence, unwarranted and uncalled-for,”.

The order said that “A separate piece of land allocated for the construction of Grid Station to supply electricity to a society sufficiently serves the purpose and demand to provide a piece of land within the boundary wall of the society is not justified especially at this stage when the petitioner had already got the approval of society including its map and no spare land is available within the boundary wall of the society, therefore, the action of the respondents questioned through this writ petition, prima facie, seems to be contrary to the nature of justice, unsustainable”.

The order also held, “Even otherwise respondents changed the TROs during the process of approval which is not legally permissible”. Earlier, a leaked audio had gone viral on the social media allegedly featuring Prime Minister Shehbaz Sharif about discussion regarding PML-N Vice President Maryam Nawaz asking for a power plant from India to be imported for her son-in-law.

PM Shehbaz while talking to an unidentified man said, “He is our son-in-law, inform him about the issues in importing a plant from India.” The unidentified man can be heard briefing the person, alleged to be the premier, about consequences of the decision, to which PM Shehbaz allegedly asked him to tell all the reservations to Maryam’s son-in-law and that he would personally meet him once he returned from Turkey. At this, the other person allegedly advises PM Shehbaz to get this work done by former finance minister Ishaq Dar, to which he agreed.