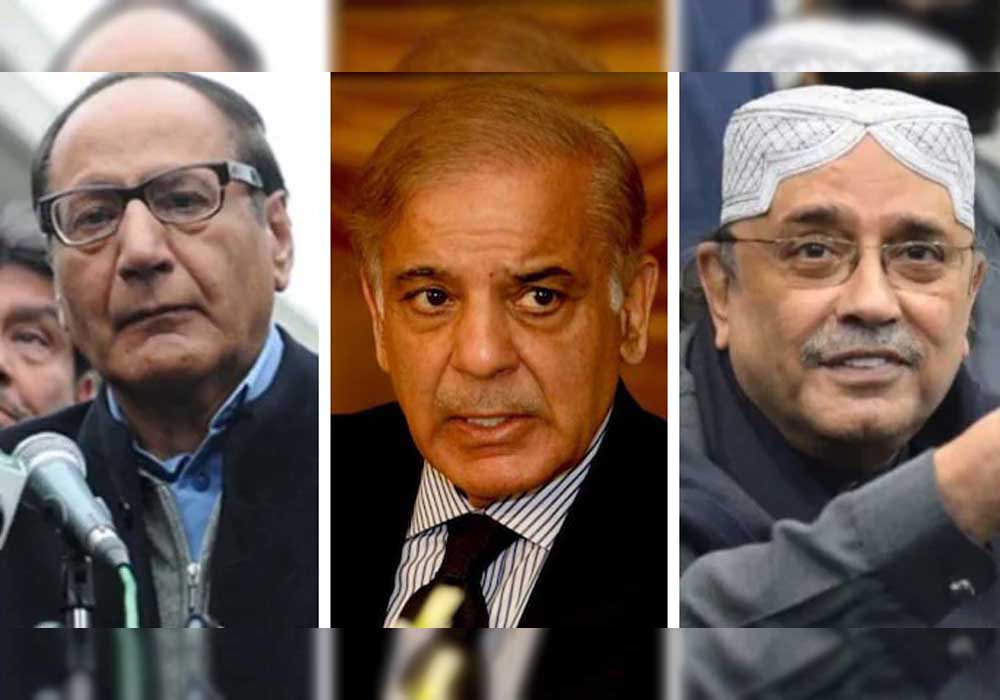 Prime Minister Shehbaz Sharif has said that the political tolerance of former president and PPP Co-Chairman Asif Ali Zardari has ended the crisis in Punjab.

In a tweet, Shehbaz Sharif wrote praised Zardari for playing a ‘historic role’ in the constitution, democracy and public interest. In another tweet, the premier said Chaudhry Shujaat Hussain has once again revived the democratic tradition of his great father and family. “The role played by Chaudhry Shujaat today is a victory of democracy and constitutional values,” he added.

Also reacting to the re-election of Hamza as Punjab CM, Interior Minister Rana Sanaullah heaped praise on the PML-Q president and Zardari for ensuring the victory of his party.

“Chaudhry Shujaat’s decision has saved Pakistan from ‘Imran’s fitna [mischief]… Chaudhry Shujaat is a very seasoned and experienced politician whose decision paves way for PML-N’s victory… and saved the country from PTI’s chaos and promoted democracy in the country,” he remarked while addressing a press conference flanked by Information Minister Marriyum Aurangzeb in Lahore.