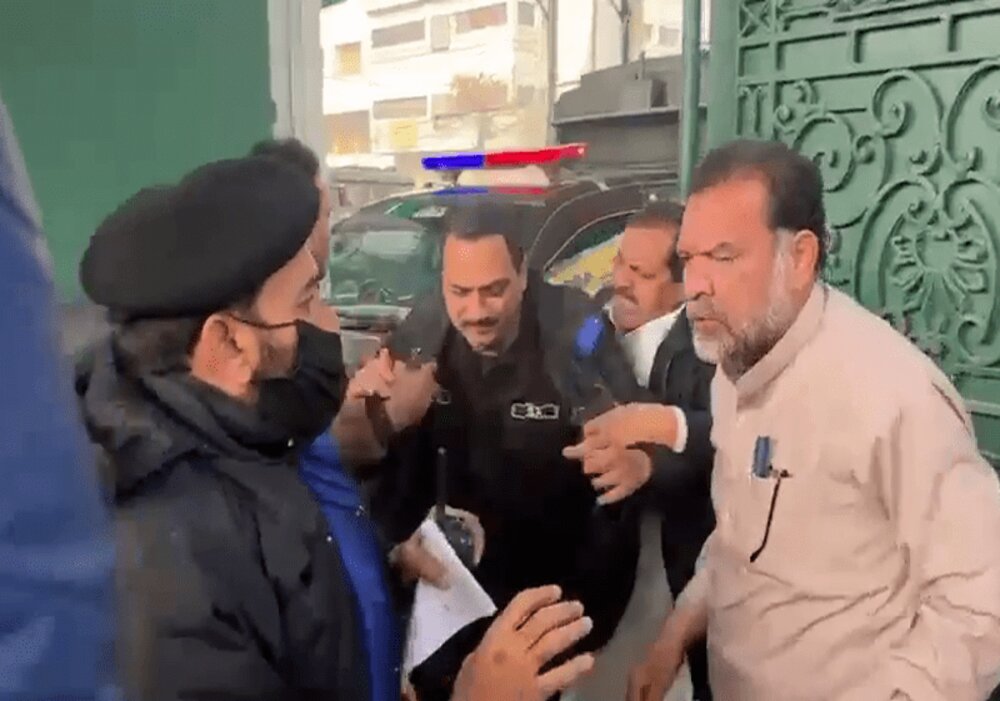 PML-N legislators on Tuesday broke down the doors of the Punjab Assembly after Interior Minister Rana Sanaullah claimed that Speaker Sibtain Khan and Chief Minister Parvez Elahi had given the police orders to prevent opposition members from entering the building.

The opposition challenged CM Elahi to demonstrate that he had the necessary numbers to gain a vote of confidence, which led to a commotion during yesterday’s session. The doors of the assembly were shut, and security personnel remained on high alert.

Peer Muhammad Ashraf Rasool and Mian Abdul Rauf, two PML-N lawmakers from Sheikhupura, were seen fighting with police in footage taken today outside the legislature. Rasool can be seen forcing his way through the main gate while shouting at them and pushing a police officer aside.

The Special Assistant to the Prime Minister Ataullah Tarar was accompanied by Rangers men within the assembly.

He informed reporters outside the house, “Today it was said that federal ministers will not be able to join the PA and their access is forbidden. I informed them that not even their fathers could stop me from going inside the gathering.”

Similar charges were made earlier by Sanaullah, who claimed that Elahi had forbidden opposition legislators from entering the house.