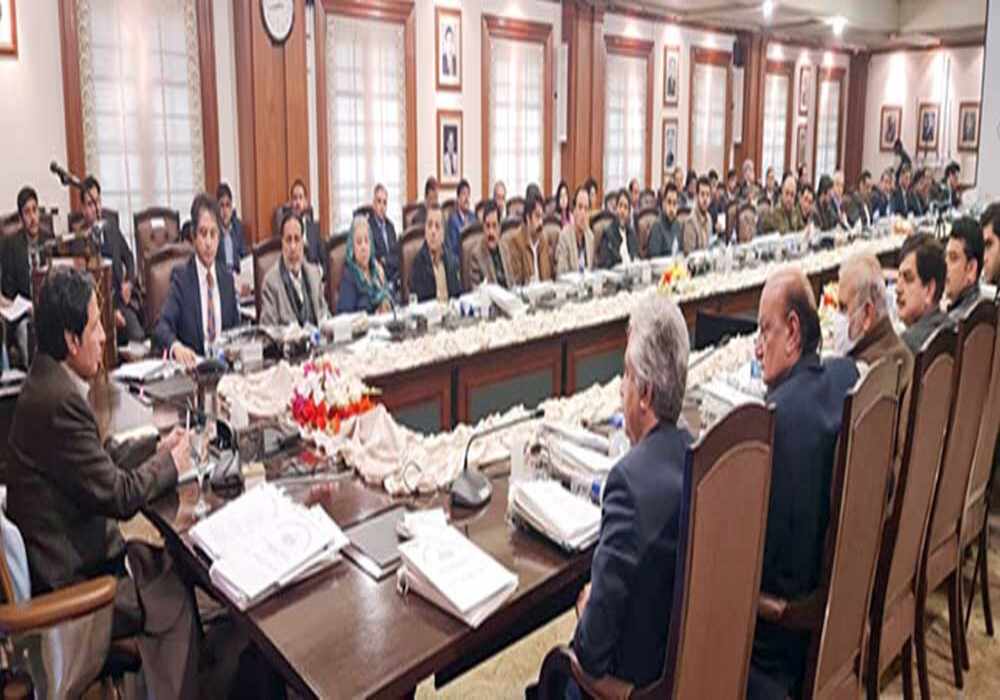 Chief Minister Punjab Chaudhry Parvez Elahi asserted that the alliance between PTI and PML-Q is strong and those trying to create cracks in it will meet with failure as earlier.

He was presiding over the provincial cabinet meeting at CM office on Thursday. While addressing the meeting, he stated that the Punjab government is performing its duty well and rendering public service. “We are all united and will remain so. Imran Khan is our leader and we welcome his call. The alliance of PTI and PML-Q is strong and those trying to create cracks in it will meet with failure as earlier. Our alliance is meant to serve the public and no conspiracy can stop us from providing service to the masses of Punjab,” the chief minister asserted while adding that those indulging in conspiracies will bite the dust.

Approval was granted to inducting 25,000 teachers in School Education Department under the chair of CM Parvez Elahi during the cabinet meeting. CM Parvez Elahi said that Malala Yousafzai made a request to him for inducting 25,000 teachers in the schools during her meeting. The Punjab cabinet took a mega step with regard to provision of justice to the common man and granted approval to provide free legal aid and approval was granted of Punjab Public Defender Service Bill 2020 in this regard. The CM said that the Punjab government will provide free legal aid to those having scares resources and 1,000 employment opportunities will be generated with the approval of Punjab Public Defender Service Bill adding that provision of justice to the common man will be ensured.

The Punjab cabinet granted approval to extend the scope regarding provision of solar pumps for the farmers across the province. CM maintained that agriculture sector will prosperous with the launching solar pumps provision programme. The provision of water will be ensure to the farmers and would increase agricultural production. It was decided during the Punjab cabinet meeting to formulate a new policy so as to grant ownership rights to the residents of katchi abadies.

The CM directed SMBR to give a final shape to the new policy as soon as possible. The Punjab cabinet granted approval to establish sports endowment fund worth Rs2 billion. CM Parvez Elahi revealed that international coaches will be called to Pakistan in order to impart training to the local players adding that endowment fund will be spent for the welfare of players. Approval was accorded to grant special allowance to the leady health supervisors of IRMNCH and Nutrition Programme Punjab. CM granted approval to increase special allowance up to 5,000 rupees.

Approval was also granted during the meeting for the special grant of Punjab Institute of Language Art and Culture (PILAC) worth Rs25 crore. The CM outlined that all possible steps will be taken to promote Punjabi Language and Culture in the province. Approval

was granted to emend

The CM highlighted that the amount of work which was done in last four months could not be done in the last ten years. The masses can be imparted awareness only through advertisement. CM directed to lay special focus on the social media and remarked that the present era belongs to digital media. Social media wing will be made more effective in the DGPR office.

Approval was granted to delegating the appointment authority to the Higher Education Department for appointing principals up to grade 19 in the government colleges. The Punjab cabinet also granted approval to purchase 300 environment friendly hybrid buses in Lahore. CM disclosed that Rs15 billion will be spent on the purchase of 300 environment friendly buses. Separate bus stop will be established and separate buses will be run for women in Lahore.