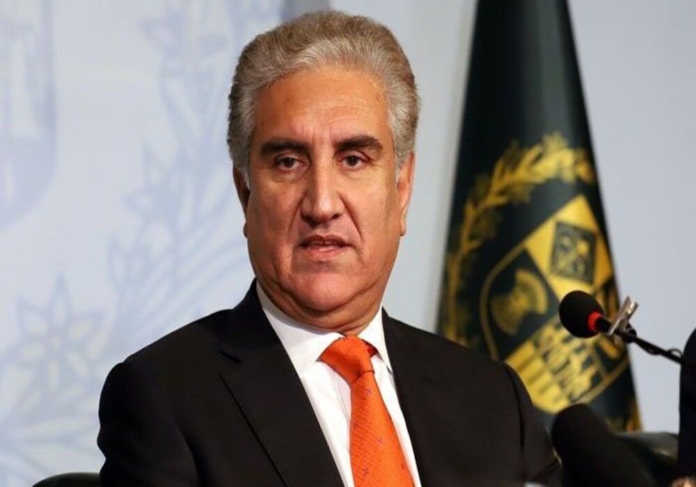 Foreign Minister Shah Mahmood Qureshi Sunday said that Prime Minister Imran Khan’s visit to China was a success and its outcome was more than what was expected.

Qureshi said there was a useful meeting with Chinese President Xi Jinping in which geopolitical and strategic matters along with recent developments in CPEC were discussed.

“I have done many meetings with Chinese authorities in the past but this has been the most significant meeting ever,” he said, adding that during the meeting the situation of Afghanistan was discussed as well.

It was briefly discussed what should be done in Afghanistan to bring the country out of the current crisis. “China was satisfied with the steps taken by Pakistan to help Afghanistan”, he added. Qureshi mentioned a meeting with Chinese Foreign Minister Wu Jianghao in which she invited him to China in March (after OIC) for a meeting in which important Muslim countries like Iran, Pakistan, Uzbekistan will discuss Afghanistan situation for a practical solution.

“By the end of March a meeting will be held in Beijing on the Afghanistan issue while China, Pakistan and Afghanistan joint forum will also be restored,” he said. Prime Minister Imran Khan, he said, held many meetings with various delegations in China including a sitting with Chinese premier Li Keqiang and discussed how to grow Pakistan’s economy.

“We asked them how to bring more Chinese investment in Pakistan, and I am glad to inform you that this time we went on a tour with full homework and made the most out of it,” he said. “We pitched them how their investments in Pakistan can be useful to them as well. We interacted with many think tanks and representatives of important organizations and shared our strategy in accordance with our vision,” the foreign minister said.

About the winter Olympics opening ceremony, Qureshi said it was spectacular. “The way Chinese people supported our small Olympic squad was amazing. It is also an indicator of much Chinese and Pakistani people love each other,” he added.

He said that the prime minister wanted to make sure that the tour was not wasted and there is a follow-up of all the interactions. “Next time I will take chairman CPEC with me on a tour to China so that we can practically implement everything we discussed in this visit”, he added. Regarding India, he expressed his concerns for the minorities in India. “I am concerned how human rights are being violated in India,” he said. He also reaffirmed that China is on the same page as Pakistan on this matter.

Foreign Minister Qureshi said that during high-level meetings Prime Minister Imran Khan held, leadership of the two countries discussed future prospects of China-Pakistan Economic Corridor (CEPC), economic integration, and the next phase of CPEC. “Without any hesitation, I want to say that these meetings were held extensively and with much clarity,” he said.

Qureshi said that they had identified areas where the Chinese companies could benefit through investment. The prime minister, he said, held meetings with about twenty prominent state and private companies in which their authorities identified opportunities in key areas of Pakistan.

Foreign Minister Qureshi inaugurated a portal to facilitate Pakistani students and professionals. During the launching ceremony, Ambassador of Pakistan to China Moeen-ul-Haque also accompanied the foreign minister, a press release said. The foreign minister, on the occasion, said that the portal would enhance technical linkages between the Pakistani students and the Chinese experts and serve as a vital platform between them.