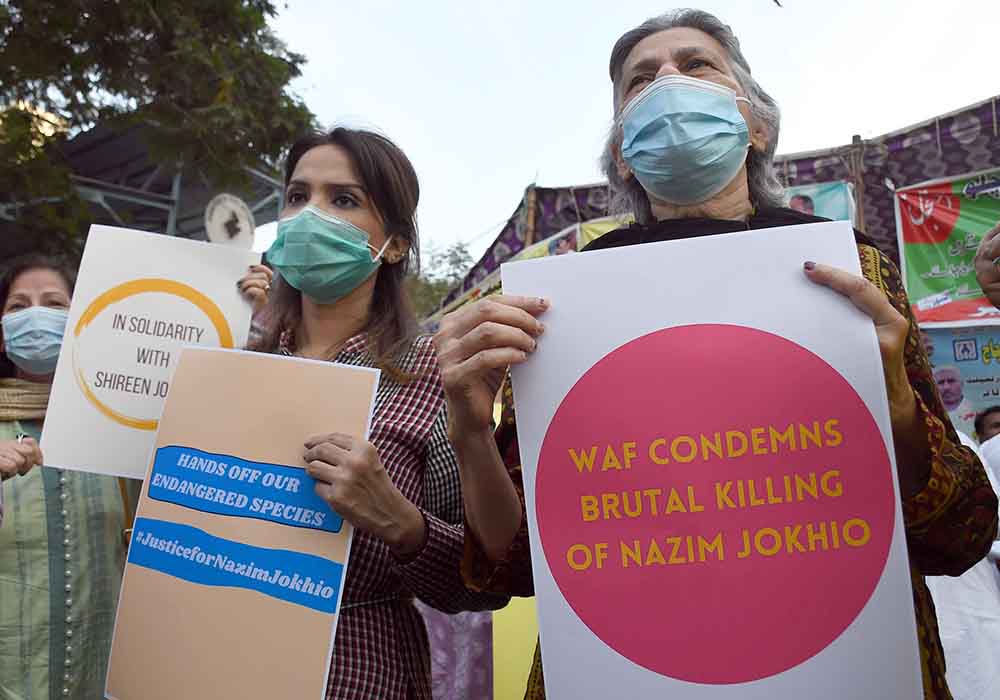 A local court in Karachi on Wednesday granted physical remand of three more accused in the Nazim Jokhio murder case, who was found killed at the farmhouse of Pakistan Peoples Party (PPP) Member of Provincial Assembly (MPA) Jam Awais last week in Malir.

The three accused, including Abdul Razzaq Salar, Maharaj Jokhio and Jamal Wahid, were arrested by police the other day. They were produced before a judicial magistrate, who remanded them in police custody till November 16.

The investigation team nominated 11 more suspects, including Member of National Assembly (MNA) Jam Abdul Karim – the elder brother of Jam Awais – in the FIR. A kidnapping section was also added to the police report.

Furthermore, video footage from the time of Nazim’s murder, which went missing from the Jam House, has been recovered, said police.

The police said that the footage was removed from the site and was traced after the suspects arrested in the case were questioned.

The footage has now been sent for a forensic examination, said police.

The investigation team said that a probe, using data retrieved from the mobile phones of the arrested suspects, had also begun. According to officials, Nazim’s video statement would be used as primary evidence in the probe. They said that the investigation team surveyed the site of the incident with Nazim’s brother, Afzal Jokhio.

Nazim, a 27-year-old father of four, was allegedly tortured to death at Awais’s farmhouse in Malir, after he tried to prevent the legislator’s foreign guests from hunting Houbara bustard near the deceased’s village in Thatta’s Dabeji area and filmed it on November 2.

Last week, a post-mortem examination of Jokhio found ‘severe torture marks’ all over his body.

Additional police surgeon at Jinnah Post-Graduate Medical Centre (JPMC) Dr Summaiya Syed said the autopsy carried out by Dr Mohammed Areeb at the centre’s mortuary revealed that there were ‘bruises all over the body, including the head’. The deceased’s head also showed internal bleeding caused due to the severity of the alleged torture, she added.

“The body bore torture marks inflicted by hard and blunt objects,” said the senior doctor, adding that there were also signs that a severe beating was delivered on the private parts.

Furthermore, the post-mortem examination showed deep bruises over the lower lip and multiple bruises over ‘one aspect of the chest’.

Additionally, the report stated that both hands were found ‘swollen with deep bruising’. According to the medico-legal officers, the victim’s back showed ‘diffused and linear bruising as well as abrasions of various sizes’.