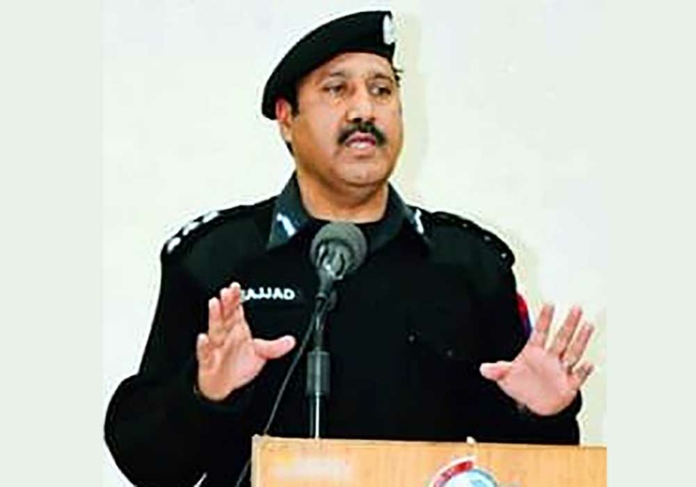 Malakand Division Regional Police Officer (RPO) Sajjad Khan has said that there is complete peace in Malakand Division, including Swat, and tourists can visit the beautiful Swat valley without fear.

The police will not hesitate to make any sacrifice to establish law and order, establishing law and order and providing security to tourists is the primary responsibility of the police. “In Malakand Division, the process of action against drug peddlers is going on regularly, in which cases have been registered against the accused after recovering large quantities of drugs from the police at various places,” he added.

These views were expressed by Sajjad Khan while giving a press briefing to media representatives at Swat Press Club. He said that policemen and officers involved in illegal activities have no place in the police. There is a system of punishment that will be followed, and no exception will be made with criminals. He further said ‘Ababeel Squad has been established in Swat to make the police force more active, and steps are underway to further improve the traffic system.’

He said that law and order are maintained in Malakand Division including Swat. Last month, Malakand Division has conducted 85 intelligence-based operations and 382 search and strike operations in which many suspicious persons and alleged facilitators of miscreants have been interrogated. 8 advertisers of 7ATA involved in terrorist incidents have also been arrested. He further said that acting on a tip-off, the Bajaur police have arrested the ringleaders of two groups involved in extortion. “The role of DRC to solve minor cases is commendable. The DRC members are playing their role in settling the disputes and petty disputes in various police stations free of charge,” he said, adding that the Malakand Division Police is ready to deal with all kinds of challenges, the police. While operating at different places of Malakand Division in the past, it seized 132 kg of marijuana, 3 kg of heroin, 2.50 kg of ice, 96 liters of liquor, 22 SMGs, 47 shot guns, 252 pistols, 48 other weapons including 5834 cartridges have been recovered and cases have been registered against the accused.

Khan appealed to the public to identify criminals, suspicious persons, and persons involved in illegal activities and report them to the police so that their children can have a peaceful and crime-free society. He further said that tourists should visit the beautiful sights of Swat without fear and danger as there is complete peace and the police are there day and night to protect the tourists.