Security official killed, another injured in attack on Levies patrolling team in Mastung 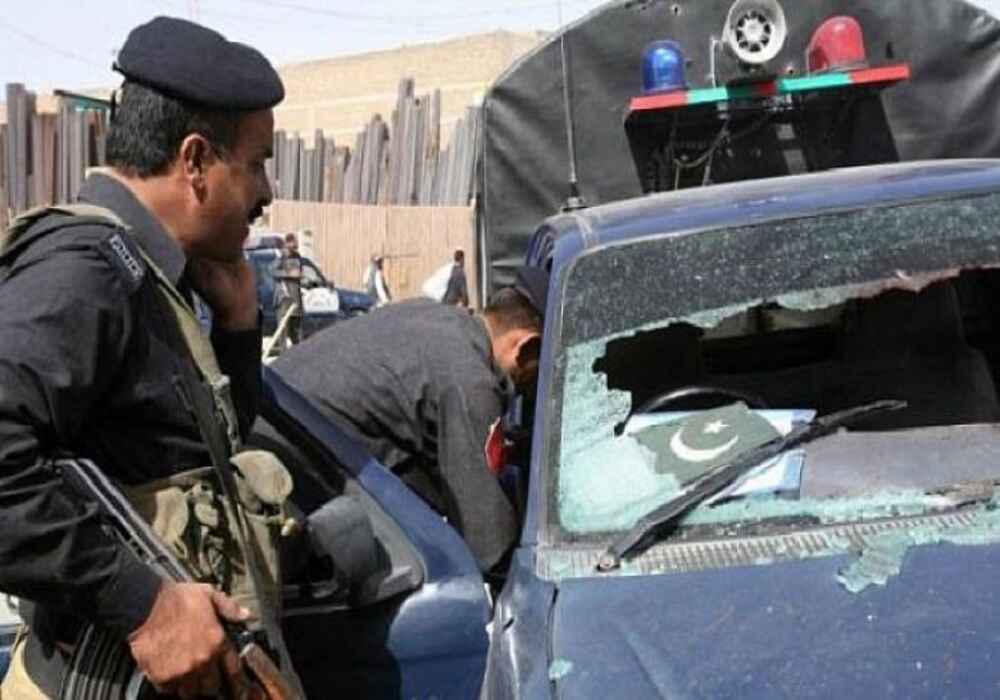 A patrol van of the Badaber police station in Peshawar narrowly escaped a bomb blast on Sunday, the police said.

According to a statement issued by the Peshawar Capital City Police, Nasir Khan – in charge of the Badaber’s Shaikhan checkpost – was patrolling in Gula Khan Zangal, an area bordering Khyber Agency, when an improvised explosive device (IED) exploded near his vehicle.

“Khan’s vehicle was slightly damaged in the blast. Fortunately, no injuries or casualties were reported,” it said.

Police teams have arrived at the crime site to collect evidence and the area has been cordoned off. “The incident is being investigated closely,” the statement added.

Meanwhile, the bomb disposal squad (BDS) said that approximately one kilogram of explosives was used in the blast Since the talks with the outlawed Tehreek-i-Taliban Pakistan (TTP) broke down in November, the militant group has intensified its attacks, particularly targeting the police in KP and areas bordering Afghanistan.

Last night, a policeman was martyred and two others were injured when unidentified assailants attacked a police post in Dheri Zardad locality of Charsadda.

Last week, a deputy superintendent of police and two constables were martyred when militants, armed with automatic assault weapons, targeted the Sarband police station on the outskirts of the province’s capital, Peshawar late at night. Officials said the militants, equipped with advanced weapons, including thermal weapon sights, carried out a ‘coordinated’ attack.

On Jan 10, unknown militants attacked the Yarik police station in Dera Ismail Khan with rifles and missiles. However, no loss of life was reported.

Meanwhile, a Levies official was killed while another received injuries in an attack on a patrolling team in the Mastung area of Balochistan on Sunday, official sources said.

They said that unidentified armed men opened fire at the patrolling team of the Levies Police Station in Mastung. Resultantly, a security official died instantly while another suffered critical injuries.   Soon after the incident, the local administration reached the site and shifted the body and the injured to the Nawab Ghaus Bakhsh hospital. The assailants escaped the crime scene. Further probe is underway.