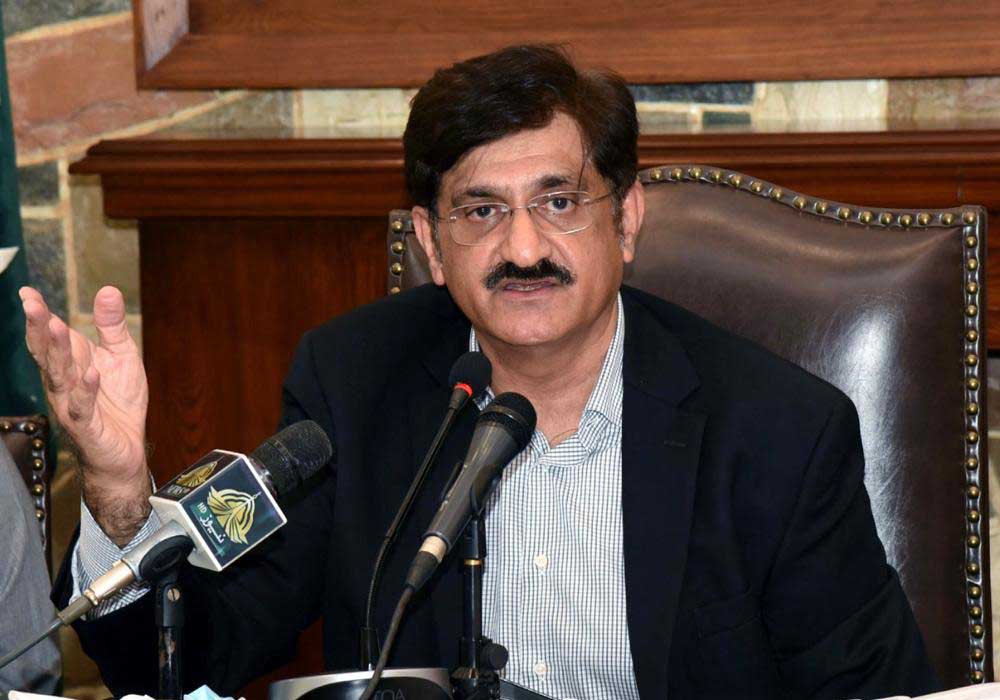 Sindh Chief Minister Syed Murad Ali Shah has said that Quaid-e-Azam Mohammad Ali Jinnah created Pakistan with his political wisdom and farsightedness and now, as a responsible nation, we have to protect it and strengthen it politically and economically.

He said this while talking to the media along with acting Governor Sindh Agha Siraj Durani at Mazar-e-Quaid which he visited to pay homage to the father of the nation on the eve of the 75th anniversary of independence.

The CM said that some “political orphans” have tried to create unrest in the country by advancing their baseless narrative, but the people of this country are politically aware and united under the banner of the national flag. “We all have to work hard for the development of this country,” he said.

To a question, Shah said that Karachi was originally a well-planned city with natural waterways and stormwater drains but unfortunately with the passage of time all the natural waterways turned into housing schemes and encroachments appeared along the storm drains. He added that these were the main reasons that disposal of rainwater became a challenge. The CM said that his government has worked hard to restore the stormwater drains of the city and their proper desilting has enabled them to dispose of rainwater. “We are still working on resolving the drainage issue for good,” he said.

Replying to a question, the chief minister said that the heavy rainfall has damaged the road network all over Sindh. “We have allocated Rs1 billion for the reconstruction of dilapidated roads of the city and more funds are being arranged to repair the sewerage system,” he said.

Murad Ali Shah said that climate change has caused heavy rains. “This year, we have received unprecedented heavy downpours in July and still the monsoon is in progress,” he said and added our drainage system was not designed to cater to such heavy rains and now we were planning to redesign or improve our overall drainage system.

Earlier, Sindh Chief Minister along with the acting Governor laid a floral wreath on the Mazar of the father of the nation and offered dua. He also recorded his impressions in the visitor’s book opened at the Mazar. The chief minister and Governor performed a flag hoisting ceremony at the Mazar-e-Quaid.