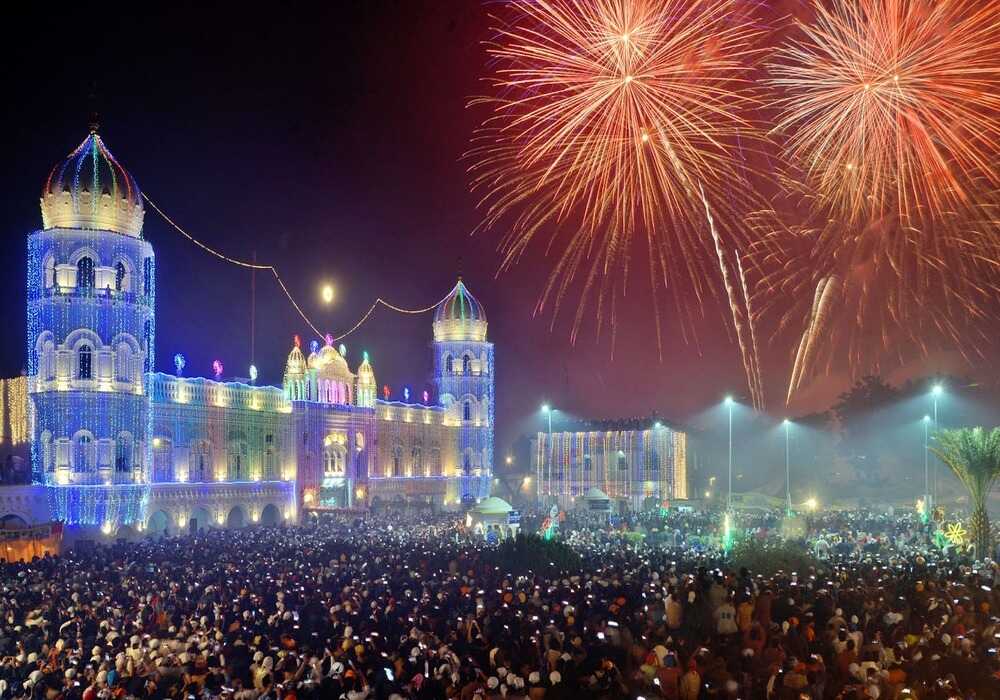 Indian politician and former cricketer Navjot Singh Sidhu visited Gurdwara Darbar Sahib Kartarpur on Saturday to pay respect to Guru Nanak Dev Ji on his 552nd birth anniversary, and urged that trade should be opened between Pakistan and India.

Sidhu took part in the rituals and ate langar at the site where Guru Nanak spent the last 18 years of his life before leaving the gurdwara on the same day.

He visited the place a day after Indian Punjab Chief Minister Charanjit Singh Channi and his cabinet team’s arrival at the place which was re-opened a couple of days ago by Pakistan and India on the eve of the birthday celebration of the first Guru of the Sikhs.

Talking to media, the cricketer-turned-politician declared Prime Minister Imran Khan his elder brother. He also called for the need for opening trade between the two Punjabs which he said was vital for the development of both provinces and even both countries.

He said Pakistan and Indian Punjab shared a common culture and values and they must be allowed free interaction. He said European countries fought horrible wars  –  WWI, WWII – but they later realized that the social and economic development of the region was not possible without opening borders.

“So they (European countries),” he said, “allowed free trade and people-to-people contact, laying a foundation for the development and prosperity of the entire region.”

Sidhu questioned why Pakistan and India could not put behind their differences when millions of the people of the region had been making frequent demands for it. Sidhu who has long been demanding the same, said that free trade between the two provinces could generate $37 billion income annually.

Meanwhile, the week-long birthday celebrations of Guru Nanak continued at Nankana Sahib, Kartarpur (the birthplace of Nanak Dev Ji), and other gurdwaras of Punjab. Sikhs from across the world including over 2,000 Indian yatris are taking part in the celebrations.

The government has provided them strict security, free transport and accommodation.