Harry potter fans are asked to not leave their socks at dobby's memorial site. 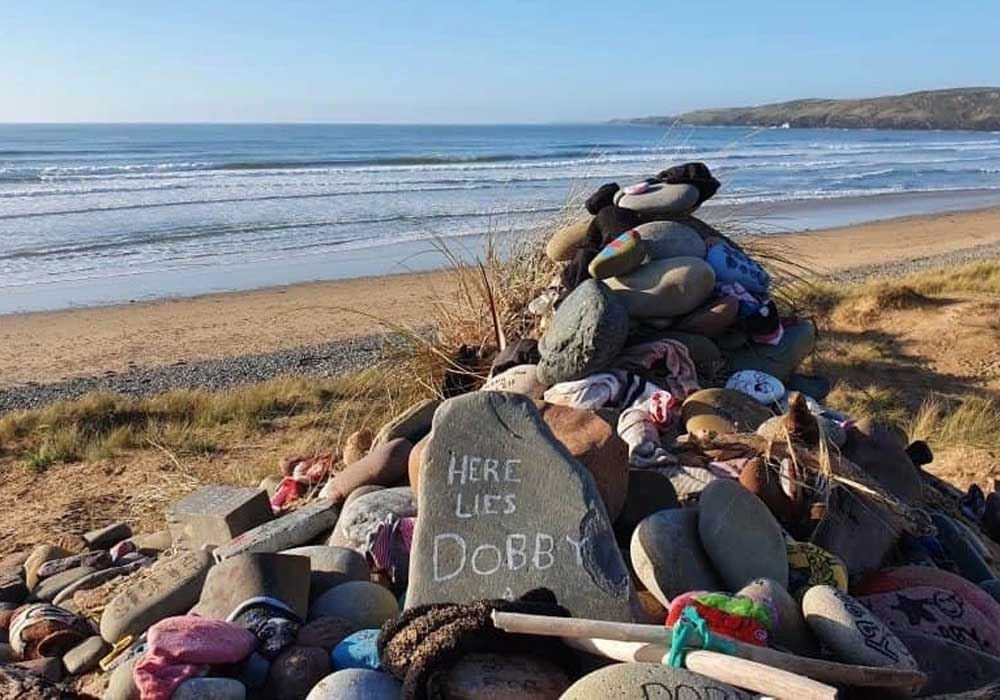 Fans of the Harry Potter films travel great distances to see where the films were shot in Pembrokeshire, Wales.

However, according to British media reports, they are asked to not leave their socks and other momentous at the dobby’s memorial as it can be hazardous to wildlife.

The UK’s National Trust has also reviewed if the memorial would be permitted to stay in place.

The organization has decided that “the memorial to Dobby will remain at Freshwater West in the immediate term for people to enjoy.”

Environmental officials advise the audience to only snap pictures when visiting the memorial and to refrain from bringing objects that could end up in the marine environment or the food chain and endanger wildlife.

Jonathan Hughes, a representative of National Trust Wales, continued, “While we’re thrilled that so many individuals desire to visit but we have to control the popularity of the site as it can have effects on the sensitive nature of the beach and wider environment, as well as pressure on the facilities and nearby roads.”