Power tariff will not be increased: Dastgir

Terms reports that revenue collection has decreased by 83pc as baseless 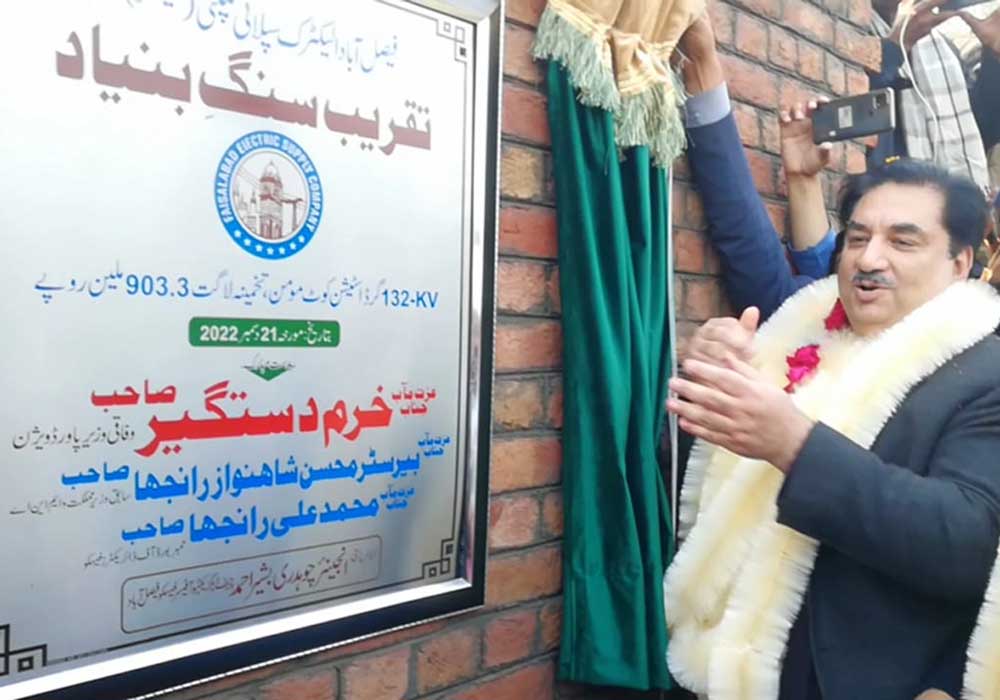 Minister for Power Division Khurram Dastgir has said that there is no truth in reports of an increase in power tariff and that no such proposal is under consideration.

“The Power Ministry runs various simulations in its efforts to reduce circular debt, and such simulations consider a wide range of options. However, this doesn’t mean that every option will result in a tariff increase,” said a press release issued on Wednesday.

Dastgir also termed reports that revenue collection had decreased by 83% as baseless. “This figure is only for September, during which consumers were given relief in fuel price adjustment and late payments due to the devastating floods that affected one-third of Pakistan,” he said.

He added that cumulative collection stands at 91% from July to November, and in November, the collection was 98% against computed billing.

Contrary to media reports, the minister stated that transmission and distribution losses have decreased over the past four months, with a visible reduction from 20% to 11% during the period of July to October.

He said the government will provide local fuel and is working on an emergency basis to obtain electricity from cheap sources. “There has been no decision or thought of increasing electricity rates. The low recovery of the power sector in the first quarter is due to the destruction caused by floods in Sindh, South Punjab, and KP, which damaged the power and distribution system.”

The Ministry of Energy has started a project to install advanced metering infrastructure (AMI) meters to provide better service to consumers, eliminate complaints about meter reading and overbilling, and improve the quality of billing, he maintained. “All distribution companies are working on this project, which will also help control electricity theft and technical losses,” he said, adding that complaints related to overbilling will be resolved, and electricity wastage will be eliminated.

Former state minister and MNA Mohsin Shahnawaz Ranjha spoke at the foundation stone laying ceremony for the Kot Momin grid, saying that there had previously been low voltage and other electrical problems in Kot Momin and surrounding areas such as Bacha Kalan, Laliani, Muzamabad, and Matila. New commercial, agricultural, and domestic connections had also been pending. “The Kot Momin grid will be constructed in the next six months, and 5 new 11 KV feeders will be brought in to provide relief for the installation of new connections,” he added.

The construction of the grid was a long-standing demand of the people of Kot Momin, which is being fulfilled by the current democratic government, he said. The Pakistan Muslim League-Nawaz (PML-N) government has always prioritized providing facilities to the people, and this will continue in the future according to the vision of Prime Minister Shahbaz Sharif.

At the ceremony, FESCO CEO Bashir Ahmad said that FESCO is constructing the grid station with its own resources. Its construction will provide relief to five other grids: Bhalwal, Bhabra, Pathankot, Sargodha 2, and Head Faqiran.