168 polling stations set up for 281,873 registered voters in constituency 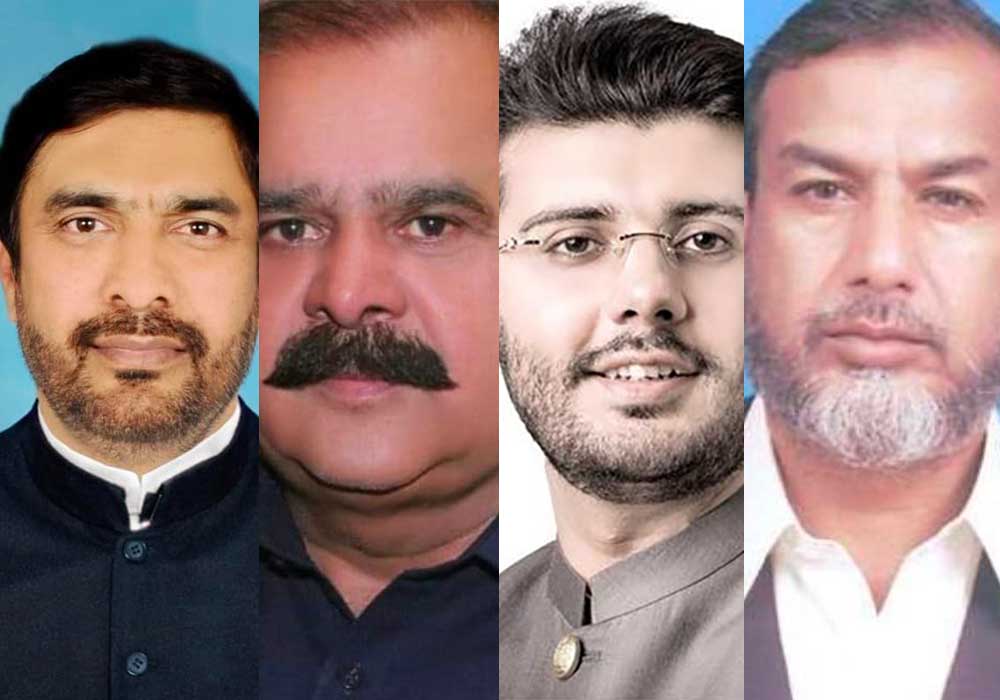 As many as 39 polling stations have been declared sensitive for the Punjab Assembly constituency PP-97 Faisalabad-1 by-elections, while a total of 2,860 police personnel have been assigned duties for security at 168 polling stations.

A total of 12 candidates are contesting in the PP-97 constituency. Of these, four are ticket holders of political parties, while the remaining eight candidates are running as independents. Pakistan Tehreek-e-Insaf ticket holder Ali Afzal Sahi, PML-N ticket holder Ajmal Cheema, Jamaat-e-Islami ticket holder Ali Ahmad Goraya and Tehreek-e-Labbaik Pakistan ticket holder Naveed Shafi are from the former category. Independent candidates include Tariq Mehmood Bajwa, Sherafgun Cheema, Fawad Cheema, Amir Nawaz, Wasim Chatha, Shoaib Aslam, Muhammad Asif Aziz and others. It is to be noted that former minister Haji Muhammad Ajmal Cheema deviated from the post which led to his disqualification after which by-elections were announced in this constituency.

Public contact campaign by all political rivals for PP-97 by-elections has reached its peak. And other candidates, including the two major political parties, are making big claims and promises in contact with their constituents. The PP-97 by-election will depend on voters’ right to vote in settlements covering 58 villages and 26 urban areas. According to sources, in the early days of the election, there was a contest between PTI and PML-N candidates, but now the position of independent candidate Tariq Mahmood Bajwa is also looking better than before. PML-N’s ideological voter Azad Ali Tabassum, a former member of the Punjab Assembly and former ticket holder of PML-N, was seen expressing his displeasure with the party leadership for not getting a ticket. As a result, he can use the option of voting for an independent candidate. Similarly, the PTI voter is hesitant due to the group bug in the constituency.

According to the list released by the Election Commission of Pakistan, 12 candidates have emerged for the by-elections in PP-97 constituency of Chak Jhumra but the real contest will be between five candidates. Among them are Ali Afzal Sahi of PTI, Ajmal Cheema of PML-N, Ali Ahmad Goraya of Jamaat-e-Islami, Naveed Shafi of Tehreek-e-Labeek and independent candidate Tariq Mahmood Bajwa. The academic credentials of these five candidates also attract voters because Ali Afzal Sahi is a memorizer of the Qur’an as well as a BA, LLB from LUMS University. Ali Ahmad Goraya holds an MA in Islamic Studies as well as an MS in Mass Communication, while Tariq Mahmood Bajwa and Ajmal Cheema have a BA Degree. Similarly, Naveed Shafi had said goodbye to education after doing FA. It is worth mentioning here that Ali Afzal Sahi is the youngest candidate in the by-elections in 20 constituencies across Punjab.