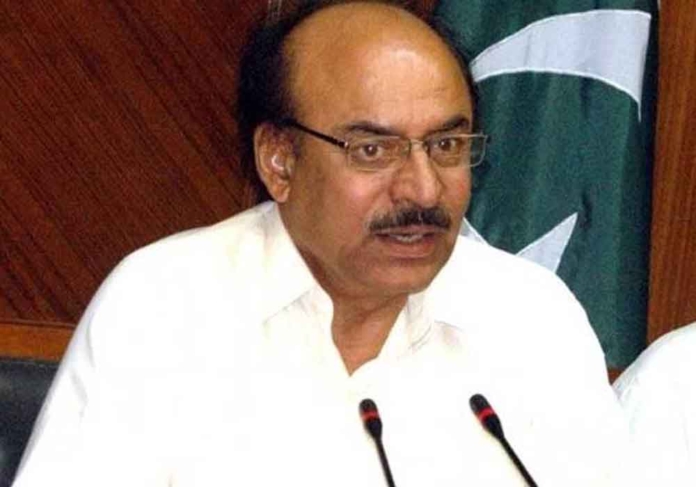 Pakistan Peoples Party (PPP) Sindh President Nisar Ahmed Khuhro has said that Prime Minister Imran Khan was a Taliban supporter who claimed to believe in the rule of law.

He said secret agreements with Tehreek-i-Labbaik Pakistan (TLP) and Tehreek-e-Taliban Pakistan (TTP) were a question mark over the National Action Plan (NAP). He said these federal government agreements mounted to rolling salt over the wounds of the heirs of martyrs of the Army Public School (APS) massacre and law enforcement personnel. He said the PM and federal governments were reluctant to implement NAP and further demanded for it to be implemented.

In his statement issued on Wednesday, Khuhro said that both secret agreements with TLP and TTP should be presented before the parliament as there should be no concept of secrecy in presence of the parliament.

Khuhro said that conducting elections was the responsibility of the Election Commission of Pakistan (ECP) and then wondered why the federal government insisted on electronic voting machines. He termed it an attack on ECP’s independence and said the commission should be released from government pressure so that free, fair and transparent elections could be made possible.

“We reject the historic hike in petrol prices and such an increase should be reversed,” Khuhro said. He said that in the name of tariff and fuel adjustment, the cost of electricity was increasing and pockets of the people were robbed. He said that the government lent itself to the International Monetary Fund (IMF) and the government was earning Rs44 per litre every day after increasing petrol prices.

Khuhro said that due to the increase in prices of flour, sugar, oil, wheat, pulses and vegetables, the purchasing power of the people had become adverse and the PM’s relief package proved to be a joke to the people and a waste to the public. He said that PM Khan and his team should resign after admitting their failures.

“We will defeat this hostile government within and outside parliament and will send this government home, exposing it at every forum,” he said.