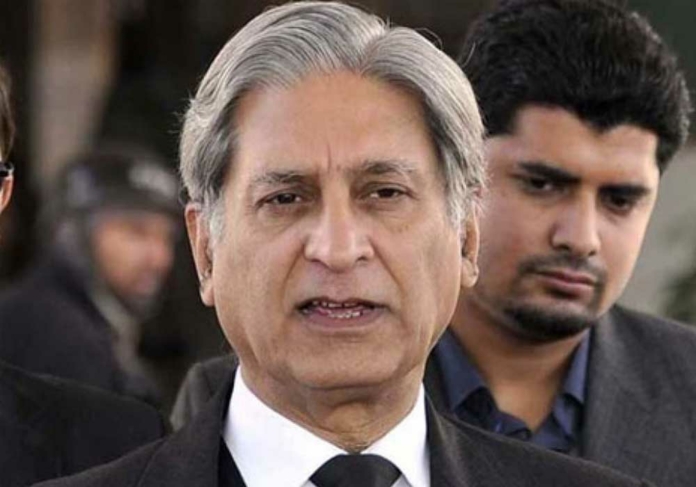 “Aitzaz Ahsan had been defending Imran Khan’s fraudulent politics for a long time and at the same time he was opposing the PPP leadership and its policies,” Saeed said while addressing a fiery press conference at the Lahore Press Club.

“Ahsan had been part of political engineering against the PPP in the past for the sake of his personal interests.

“When a political campaign was launched against the PPP and late Zulfikar Ali Bhutto as a result of political engineering in 1977, Aitzaz Ahsan left the party and joined Asghar Khan’s Tahreek-e-Istaqlal.

“In 2007, he along with Nawaz Sharif and former chief justice Iftikhar Chaudhry opposed the policies of late Benazir Bhutto. He had also appeared as a counsel for Nawaz Sharif in the courts.

“In 2008, he and Nawaz Sharif forced then president Asif Ali Zardari to reappoint Iftikhar Chaudhry as the chief justice.”

He went on to say that the entire political career of Ahsan is based on personal interests.

“Anyone can make him part of any political engineering by paying him a meager amount of money,” said Saeed, adding that PPP workers were perturbed over his statements in favour of Imran Khan.

A large number of PPP workers in Punjab, he said, were demanding that Aitzaz Ahsan should not only be removed from the central executive committee of the party but also his membership be revoked.

He said that PPP should make a decision on the alleged nexus between Imran and Aitzaz.