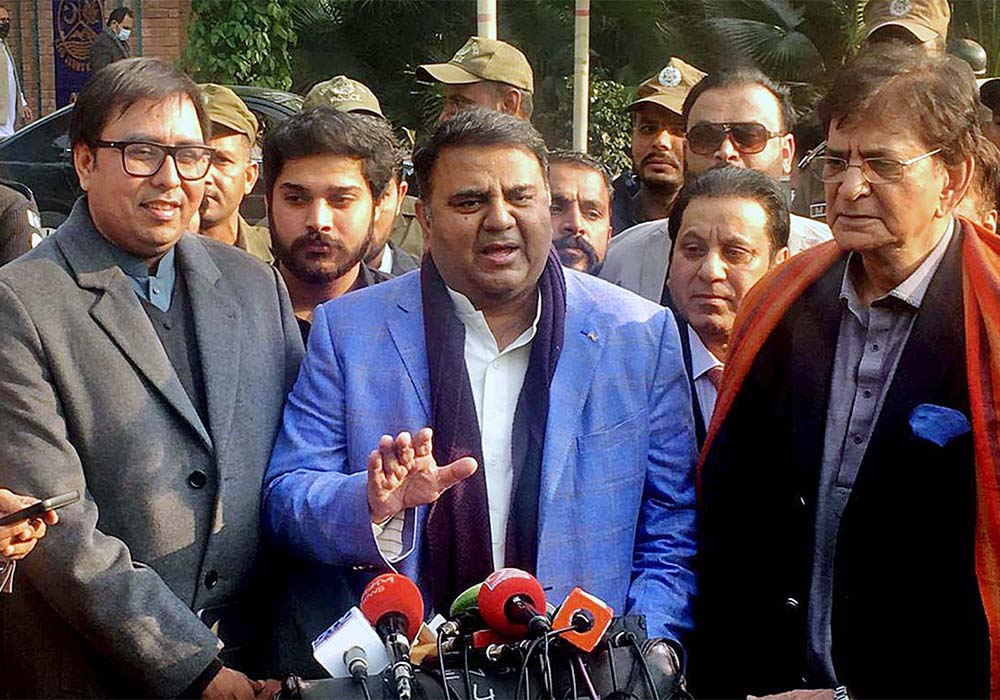 The claim comes after the PTI announced its decision to dissolve the Punjab and Khyber Pakhtunkhwa (KP) assemblies. The former minister further stated that the candidate for each constituency would be evaluated on merit. “New elections will be held in Punjab before March 20,” he declared. Responding to the coalition government’s plan to thwart the PTI strategy, Fawad stated that the Punjab division of the party was ready for “every attack” of the PML-N.

“In both cases, these motions will be defeated by immediate voting,” he affirmed. Earlier, the PML-N had stated that it would not concede to the PTI’s demand for snap polls as they too have multiple options to safeguard their central government from the aftershocks of possible en masse resignations. PTI chief Imran Khan’s announcement of quitting the system had taken many by surprise.

The first reaction to land in the media was of Interior Minister Rana Sanaullah, who had said that they will move for a vote of no-confidence in both Punjab and KP to prevent the PTI from dissolving both assemblies, appraising that when a vote of no-trust is tabled, the house cannot be dissolved. However, this is not the only option the PML-N leaders claim to have with them. According to Special Assistant to Prime Minister (SAPM) Ata Tarar, a meeting of the Punjab parliamentary committee has been called on Monday in Lahore, in which their legal team will also participate. The meeting, he said, would be presided over by former Punjab chief minister Hamza Shehbaz. He said that during the meeting, available options would be discussed. He said that they have multiple options with them.

The most workable option, he said, was that instead of going towards a vote of no-confidence, they can via the Punjab governor, ask the chief minister to take a vote of confidence. He said with the PTI announcing the decision to quit, the Punjab governor has a reason to believe that the chief provincial executive has lost the confidence of the majority of the house, legally empowering him to ask the CM to take a vote of no confidence. Asked about any contacts with the PTI MPAs, he said that they don’t need to bank on any forward block. If the PTI is planning to resign, then with what moral capacity they will vote for the CM. They are confident, he said, that Pervaiz Elahi would not be able to secure the 186 votes needed to survive the confidence vote.

Asked about KP, he said he did not have any information regarding the province, adding that as of now, they have not yet finalised any plan.