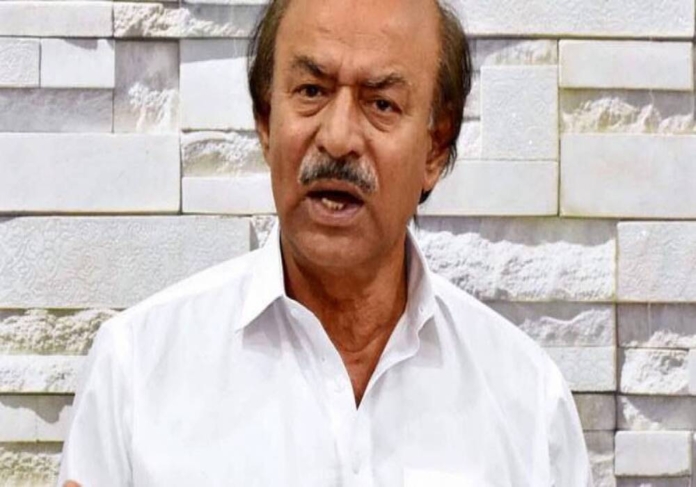 Pakistan People’s Party (PPP) Sindh president Nisar Ahmed Khuhro has said that MQM-Pakistan or Pak Sarzameen Party, roots of all these, were still involved with the London conspiracy group. He said Londoners chanted anti-Pakistan slogans, and his spiritual descendants should now stop lecturing us on patriotism.

At the very outset, they approved the resolution in the Sindh Assembly.

He said that ethnicity was being stoked again under a well-thought-out conspiracy in Karachi, but that conspiracy would not be allowed to succeed. He said that those who fixed banners of hate between Sindhi and Urdu speaking people should stop a plot to create hatred in the darkness of the night.

Nisar Khuhro said that even after 72 years, they still called themselves Muhajirs (immigrants), adding they should learn from those who arrived from East India and did not call themselves refugees.

Nisar Khuhro said that those who questioned how decisions about Karachi could be made from Sehwar, Larkana and Rohri.

“I want to tell them that Karachi was a part of Sindh,” he stated.

He also said they did not notice that the person sitting in Lahore as chief minister of Punjab belonged to Dera Ghazi Khan.

He said that this linguistic spectacle should be stopped now. He said institutions seeking details should also knock the doors of Mustafa Kamal and Wasim Akhtar, who had awarded works worth billions of rupees without tenders.

Khuhro said that Sindh’s Urdu-speaking population had now understood their politics based on racism destroying their three generations. He said that Sindh had given employment and roofs to all languages and nationalities, but they would not accept and recognise Sindh’s gestures.