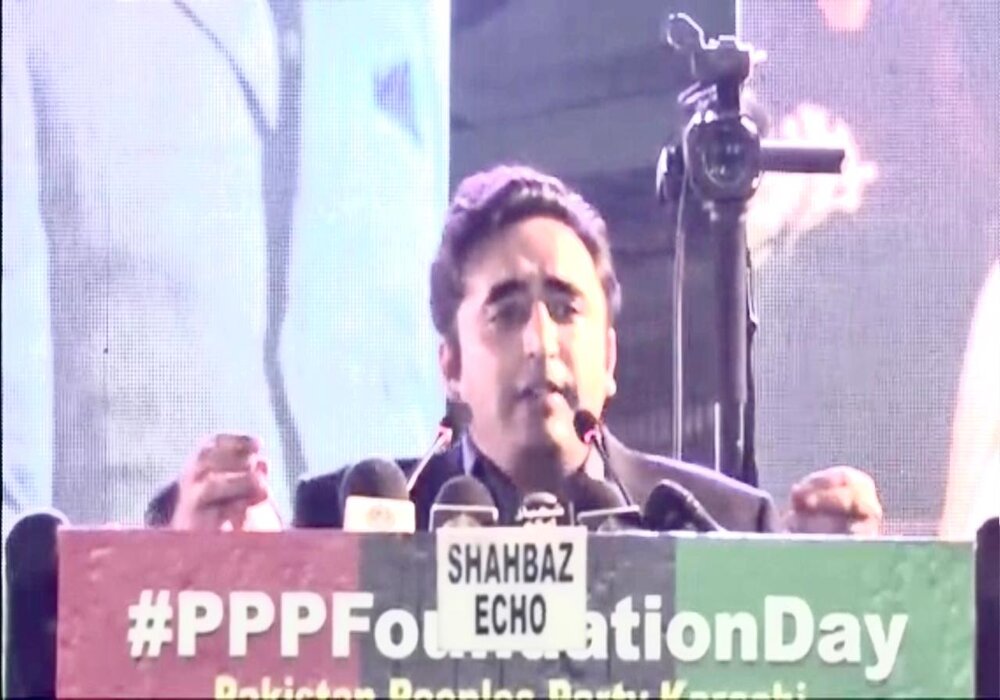 He said that a conspiracy was being hatched against democracy in the country but PPP will not follow politics of hatred. He said that Pakistan Tehreek-e-Insaf will not resign from Punjab and Khyber Pakhtunkhwa just like they took a U-turn on resignations from the national assembly.

Bilawal said that Imran Khan was calling his ousting a US conspiracy but later took a U-turn on that as well.

He said that Shaheed Zulfiqar Ali Bhutto gave the right to vote to every Pakistani and brought back 90,000 detained after the war through his successful foreign policy. He also said that PPP gave a concise constitution to the country.

Addressing the 55th foundation day of PPP in Karachi he said that PPP has always served the people and will continue to do so. He said that PPP faced the dictatorships of Musharraf, Zia and Yahya through democracy.

He said that PPP will win the local government elections in Karachi and that electing the mayor of Karachi was their right. He said that PPP had negated the politics of anarchy as Bhutto had helped Pakistan to stand on its feet. He said that 5,000 square miles of Pakistan’s land were under the occupation of the enemy.

Foreign Minister Bilawal said that Shaheed Benazir was exiled while Asif Ali Zardari spent a long time in jail but still PPP believed in politics based on democracy instead of hatred. He said that Benazir’s father and two brothers were murdered but she didn’t raise her voice against Pakistan and later she was also killed.

He said that ‘fatwas’ were given that a lady could not rule the country but Benazir proved them wrong by becoming prime minister twice. She knew that the dictator was the facilitator of her attackers but did not leave her struggle for democracy.

The ceremony and address of the PPP Chairman were telecasted to PPP supporters in different cities including Hyderabad, Lahore and Larkana.