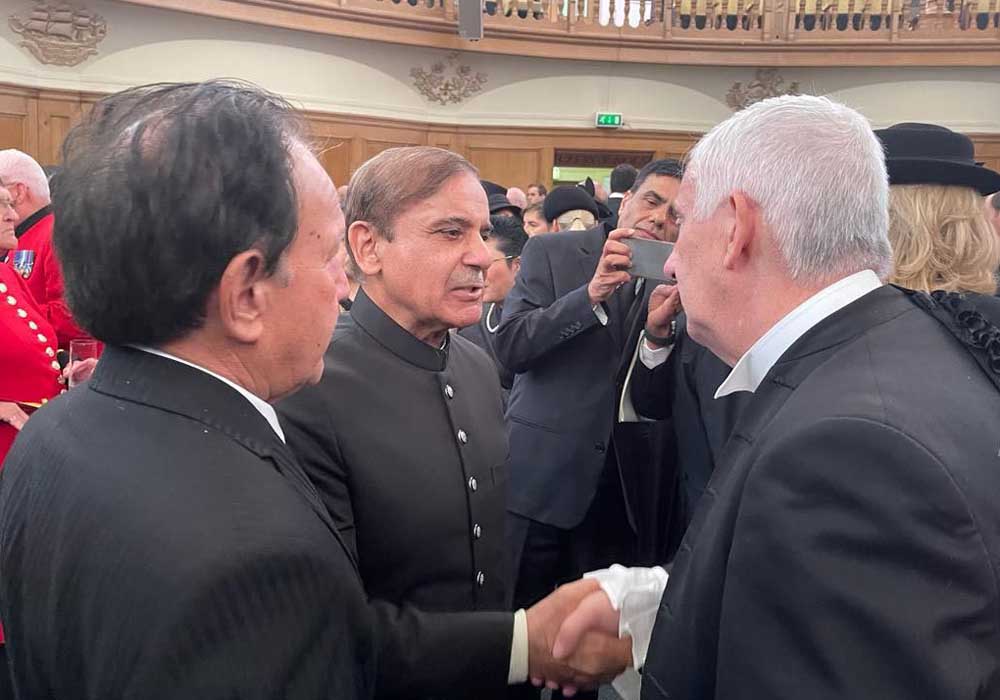 The British Foreign Secretary hosted the reception at Church House in honor of the foreign guests participating in Her Majesty Queen Elizabeth’s funeral. Prime Minister Shehbaz Sharif interacted with former prime ministers David Cameron and Boris Johnson. He also exchanged views with Sir Keir Starmer, Leader of the opposition Labour Party. PM Shehbaz Sharif had on Monday joined world leaders and members of the royal family at the state funeral of Queen Elizabeth II, held at the Westminster Abbey.

The prime minister especially flew in to attend the last rites and funeral of the Queen, who passed away on September 8 at the age of 96. Over 500 representatives from other countries, including United States President Joe Biden, China’s Vice President Wang Qishan, Japan’s Emperor Naruhito and Empress Masako, Jordan’s King Abdullah, Belgium’s King Philippe, and Queen Mathilde, and 2,000 royal family members attended the Westminster Abbey Service ahead of the Queen’s funeral later in the evening.

The prime minister also penned his condolatory message in the official condolence book at the Church House, conveying grief to the royal family, the people, and the government of the United Kingdom over the demise of Queen Elizabeth II. Earlier, the prime minister was received at the Great West Door by the Dean and Chapter of Westminster, and escorted to his seat in the Lantern. Queen Elizabeth will be laid to rest at St George’s Chapel in Windsor next to the grave of her deceased husband, Duke of Edinburgh Phillip.

On Sunday, PM Shehbaz Sharif met King Charles III during the reception hosted by him for the visiting dignitaries and extended condolences to him over the passing of his mother Queen Elizabeth II. The prime minister said the late monarch was a source of inspiration and strength for generations of the Commonwealth citizens. He also recalled that the people of Pakistan had fond memories of Her Majesty’s two visits to the country, adding the bond of affection between the Royal family and the Pakistani nation had only strengthened with time. 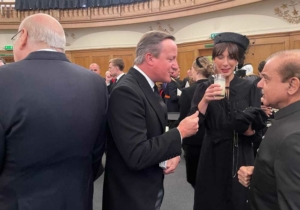 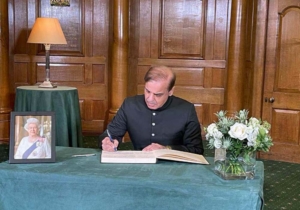 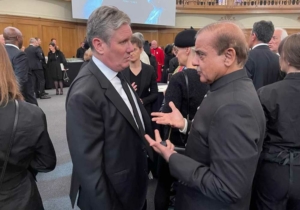