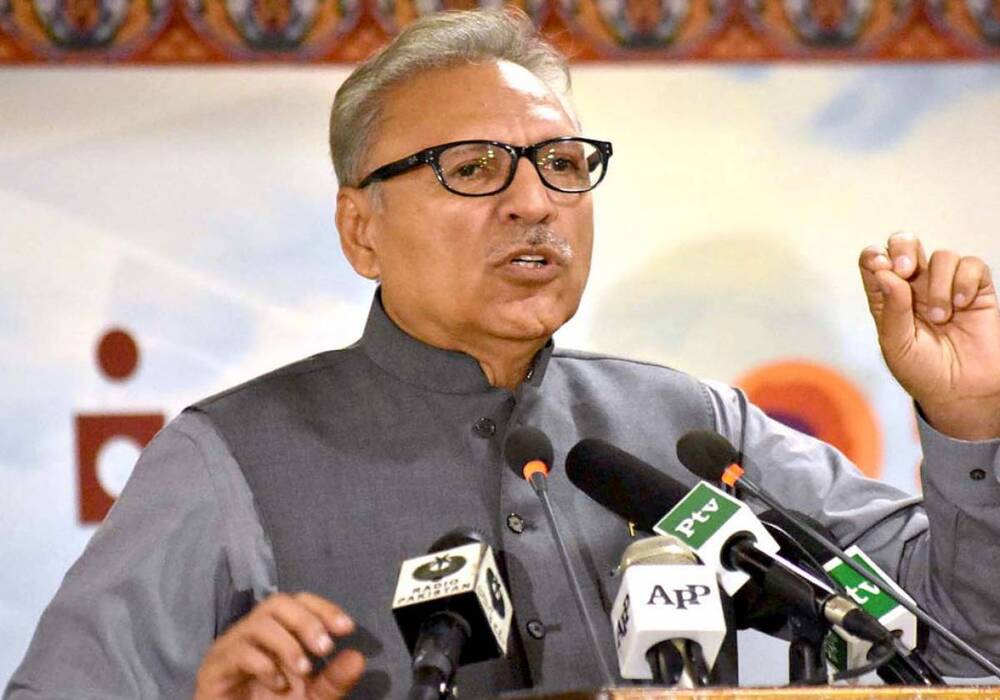 President Dr. Arif Alvi on Friday appealed to the entire nation, overseas Pakistanis
and the international community to support the flood victims who were in dire need of rescue, relief and rehabilitation as unprecedented rains and floods had destroyed the lives and livelihood of people across Pakistan.

The president, in a statement, expressed the hope that Pakistanis, who had already displayed remarkable philanthropic spirit in the past, would come forward once again and contribute generously in cash and will support the rescue and relief efforts of the government and other relevant organizations. He called upon all governments and institutions, NGOs and volunteers to offer their expertise and leadership to rescue, evacuate, and rehabilitate the affected people by providing them shelter, food and medical facilities.

President Alvi also called upon the media to motivate the nation to donate the essential items identified by the government through formal channels set up or endorsed by the government in an organized and disciplined manner, to the affected people to help them rebuild their lives. The essential items may include readymade food packets, nutritious and warm food, rice, lentils, salt and oil and items of daily use, including matchboxes, candle packets, kerosene oil, solar lamps, polythene sheets, groundsheets, floor mats, tarpaulin, mosquito nets and blankets.

The president said that unprecedented rains and resultant floods had damaged standing crops, affected roads, bridges and embankments, and disrupted communication and transportation infrastructure, making rescue and relief efforts an uphill task. He urged the international community to provide their expertise, technology, and required machinery to the relevant government institutions to help restore infrastructure and provide their logistic and humanitarian support to help relevant government agencies cope with the enormous task of aiding the flood victims across the country.

He expressed his confidence that just like in the past, the nation would again come to the aid of the flood-affected people and would not rest till their complete rehabilitation. Meanwhile, Prime Minister Shehbaz Sharif on Friday said considering the urgency of the challenge, the government had decided to reach out to friendly countries and donors as flash floods and torrential rains had badly hit around 33 million people. The prime minister, convened a meeting of select Islamabad-based ambassadors, high commissioners and other senior members of the diplomatic corps, to brief them on the flood situation, and said the ongoing monsoon spell has caused unprecedented damage and devastation in Pakistan.

He said that not just Balochistan, Sindh and South Punjab, which were badly affected, but the current spell of torrential rains had led to flooding in the northern regions of the KPK province. He said that more than 900 people including 300 children had lost their lives and 1300 were injured, so far.

He said that as per the initial damage assessment, the losses caused by the floods were
comparable to those Pakistan suffered during the flash floods of 2010-11. The meeting was
attended by ambassadors and high commissioners of Australia, Canada, China, Japan, Kuwait, UAE, Turkiye, South Korea, USA, Germany and senior diplomats of Bahrain, European Union, France, Oman, Qatar, UK, and Saudi Arabia. The country representative of World Food Programme was also present.

The prime minister underlined that 33 million people had been badly affected by the flash floods and torrential rainfalls. While expressing his government’s firm resolve to overcome the deleterious impacts of the ongoing floods in the country, Shehbaz Sharif highlighted that he had already issued instructions to the federal and provincial governments to provide people with tents, drinking water, mosquito nets, food items, medicines and other equipment.