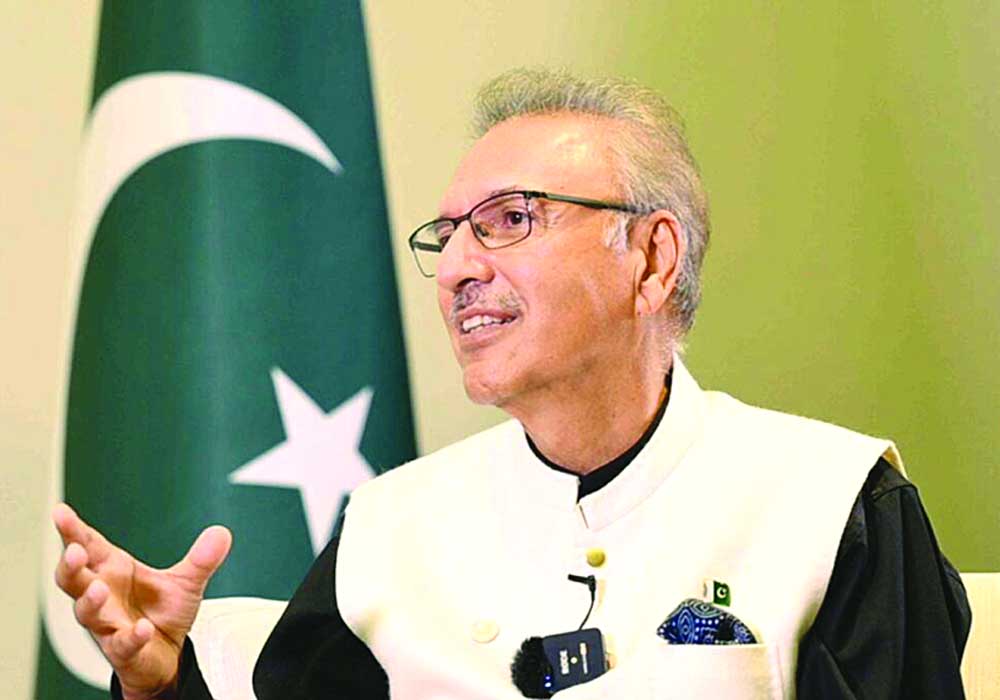 The President said that after consultation with all stakeholders including the provinces there was a need to prepare a comprehensive policy and program and launch awareness campaigns across the country for the protection and saving of electricity, gas and water.

The President said that the teachings of Quran and Hadiths have emphasized on water conservation and Islam has discouraged wastage of resources. He said that Islamic values should be adopted to change the attitude and behavior in the use of precious resources.

A consensus should be reached among all stakeholders including traders and representatives of chambers of commerce to determine the timing and procedure for closing markets and businesses in the evening hours to save energy, the President said.

He said that there was a need to work for storing and utilizing rain water, solarizing rooftops and promoting rooftop gardening. In addition the President appreciated the idea of encouraging the use of e-bikes instead of fuel-powered bikes.

He said that the promotion of e-bikes would not only benefit the bike owner but also reduce the fuel import bill to a great extent.

The President also stressed on the need to conduct electricity, gas and water audits of all public sector buildings across the country.