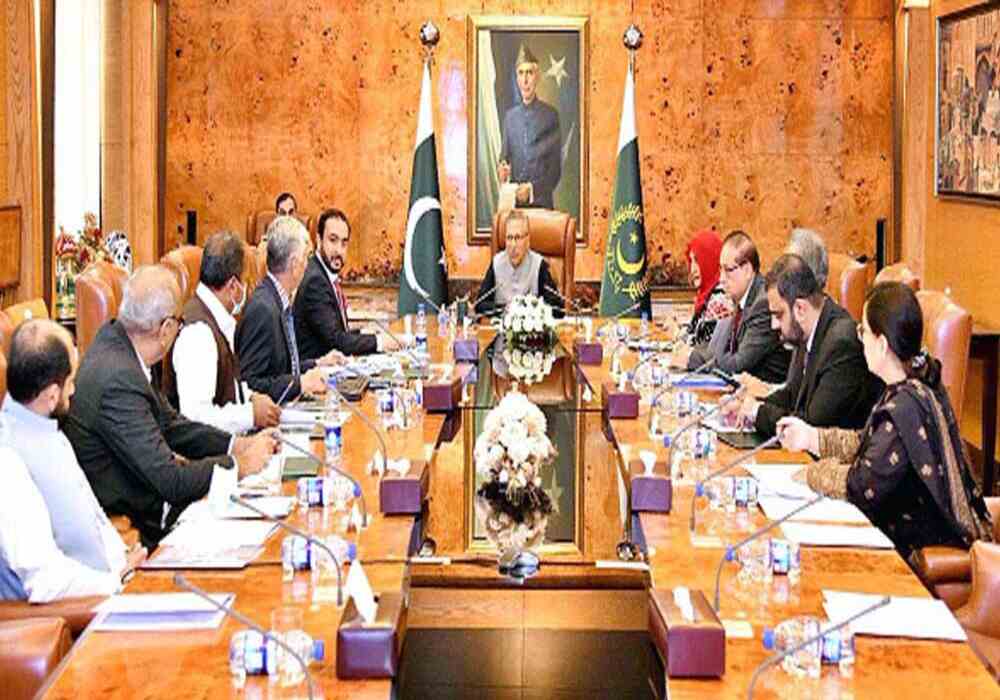 President Dr Arif Alvi on Monday called for a user-friendly crop insurance system to protect the farmers against crop failures and losses caused by man-made or natural calamities, especially in the wake of current global-warming-induced super floods in Pakistan.

The president, chairing a meeting regarding crop insurance, said that comprehensive measures to prevent the adverse impacts of climate change should be adopted on a priority basis to save the agriculture sector. The president called upon the insurance industry to start a comprehensive nationwide consultation and discussion programme involving all stakeholders through seminars and workshops.

He said that the best practices and successful crop insurance models of regional and international countries should be taken as benchmarks to get inputs for developing a comprehensive market-based and technology-laced self-sustainable crop insurance policy. He said that collaborations with the agriculture universities of the country should also be developed in holding seminars and workshops and conducting relevant extensive research work to help the insurance stakeholders base their policy and products on solid research and authentic database.

President Alvi asked the insurance sector and other stakeholders to particularly focus on 93% of farmers in Pakistan who had land holdings of 12.5 acres or less while introducing their insurance products. He said that farmers’ contributions should be linked, either with crop input or output as deemed appropriate, and the welfare and well-being of the farmers should be ensured.

He said that in order to encourage farmers to voluntarily opt for crop insurance, the State Bank of Pakistan may advise the banks to increase their portfolio of agriculture loans specifically targeting subsistence farmers, having land holdings of 12.5 acres or less. The president said that all stakeholders, like banks, insurance companies, and federal and provincial governments, should launch an awareness campaign, by holding seminars, workshops, fairs and road shows, in the target areas.

The campaign should also be held through the launch of advertisement campaigns in the conventional and social media for educating the farmers to voluntarily opt for crop insurance and to protect them from crop failure and destruction of crops during man-made or natural calamities. President Alvi said that satellite imagery for determining the weather patterns, authentic database, and sophisticated Artificial Intelligence-based technologies should be used to plan insurance products and for giving compensation to the farmers affected by crop failure and destruction of crops.

This, he said, would help in creating resilience of farmers against crop failure and crop destruction due to man-made or natural calamities. The president appreciated the government of Punjab for launching the Punjab Crop Insurance Programme to provide yield loss protection to the farmers in case of crop failure and crop losses due to calamities and disasters.

The meeting was told that a total of 1.48 million farmers of 27 districts of Punjab were insured against crop failure through a World Bank loan-based pilot programme. It was also informed that the contribution of insurance in the country, compared to regional and international countries, was quite low and needed to be improved. Senator Sania Nishtar, Minister for Agriculture, Punjab, Syed Hussain Jahania Gardezi, Federal Insurance Ombudsman, Dr Muhammad Khawar Jameel, and senior executives of insurance companies attended the meeting.

President Dr Arif Alvi on Monday urged the need for a close, meaningful and effective collaboration among the federal and provincial governments, local authorities, and public and private sectors to promote investment in the mining and minerals sectors of the country. He was addressing a meeting of various private and public sector stakeholders relating to the exploration of minerals in Pakistan, here at the Aiwan-e-Sadr, the President Secretariat Press Wing said in a press release.

Senior officials of the Ministry of Energy (Petroleum Division), Ministry of Commerce, Federal Board of Revenue, and the Government of Gilgit-Baltistan attended the meeting. The president said Pakistan was bestowed with enormous high-quality mineral resources, like coal, copper, gold, gemstones, silver and rare metals which needed to be explored and mined by employing information-technology-based modern mining tools and processes to realize the full potential of the mining sector for bringing a visible change in the socio-economic development of the country.