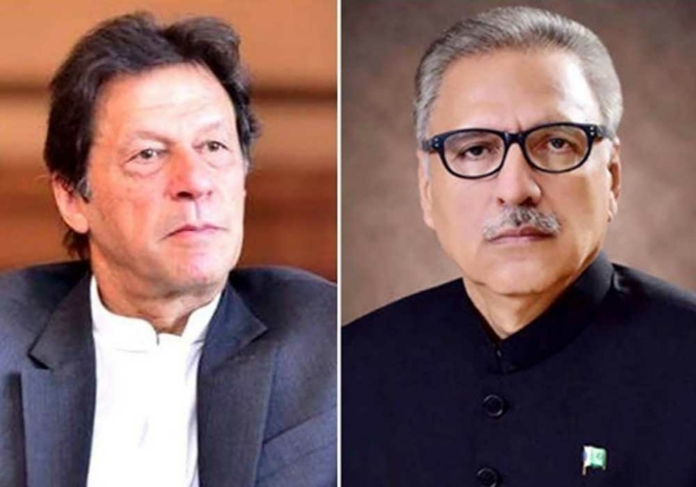 Pakistan Tehreek-e-Insaf (PTI) Chairman Imran Khan Wednesday said that President Arif Alvi is in touch with him and will consult him on the summary for the appointment of the new army chief.

The statement came a day after the General Headquarters (GHQ) confirmed that it forwarded the summary containing the names of six senior-most lieutenant generals to the Ministry of Defence that would pave the way for a smooth transition in the army’s top command. The PMO also confirmed earlier that it had received the summary for the COAS appointment. The new army chief will take charge on November 29 as the incumbent General Qamar Javed Bajwa would doff his uniform the same day after completing six years in office.

“President Arif Alvi is in touch with me [regarding the COAS appointment]. Whenever he gets the summary, he will consult me,” Imran said during an interview with a private TV channel on Wednesday.

The deposed premier said that if the incumbent prime minister can consult “fugitive” – a reference to former PM Nawaz Sharif – then why can’t Dr Arif Alvi discuss the all-important appointment with him as he’s the party chief?

Referring to the allegations made by self-proclaimed PML-N London spokesperson, Imran said: “I don’t know if he was speaking truth. We will not do anything that is against the law,” he said.

Meanwhile, talking to journalists at his residence in Lahore’s Zaman Park, the PTI chief said that the army chief’s appointment should be on merit. “How can a criminal sitting in London appoint an army chief… the purpose of appointing an army chief of choice is only to harm the PTI.”