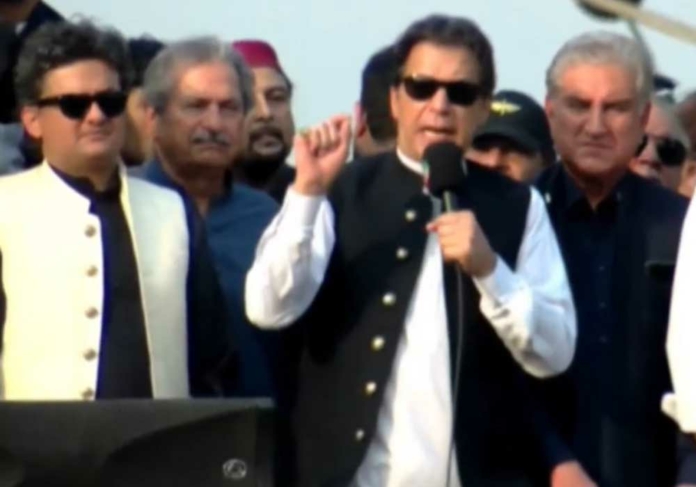 Pakistan Tehreek-e-Insaf (PTI) Chairman Imran Khan has said that he was in touch with President Arif Alvi regarding the summary of important appointments and President Alvi will consult him.

In an interview with a private TV channel, Imran Khan said that President was in touch with him.

He further said that on an important appointment the Prime Minister had gone to a fugitive to ask. He said that he was the head of his party and that the President will definitely talk to him.

It may be recalled that the Prime Minister’s House received a summary of the appointment of the Army Chief last night and a decision on this summary is expected any time.

Imran Khan further said that Nawaz Sharif had nothing to do with merit as he only wanted an army chief of his choice so that the corruption cases could be stopped.

He also said that he knew that he has life threats and he had told his supporters over the issue many weeks ago in September in a public rally that his life will be targeted and the incident will be named as religious extremism.

Imran Khan also said that his life was for making Pakistan free of corruption and meritocracy was very important for the country.

He said that he had no difference with any institution. He reiterated his demand for free and fair elections. He also said that he has always wanted relations with all countries including the US on basis of equality.