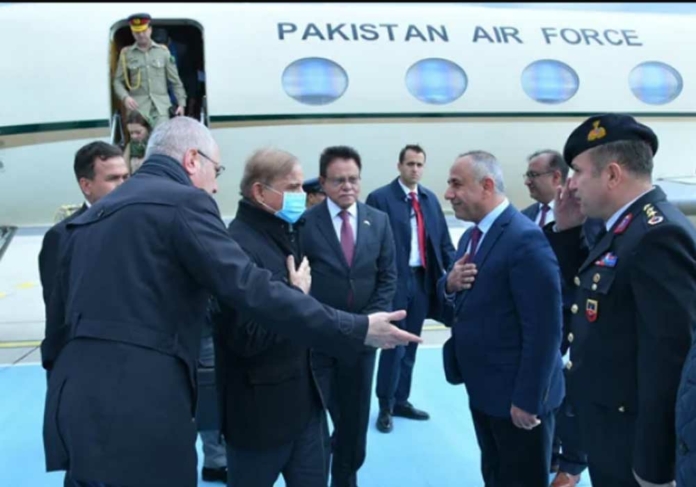 Shehbaz Sharif as per media reports will meet with leaders of the Turkish Business community as well.

During his visit to Istanbul, the President of the ECO Trade and Development Bank will also meet with the Prime Minister.

The Prime Minister, meanwhile, stated in a tweet that he always feels overwhelmed by the kindness of our Turkish brothers and sisters and that being in Turkey feels like being at home.

According to him, President Erdogan’s leadership has ushered in a new era of strategic partnership in our bilateral relations.

Being in Turkey feels like being home, overwhelmed by the warmth of our Turkish brothers & sisters. Our bilateral ties have entered a new era of strategic partnership under the leadership of President Erdogan. We are on course to unpack the full untapped potential of relationship https://t.co/69HDrEvcsC

PM also stated that high-level exchanges are a defining feature of the partnership between two states.