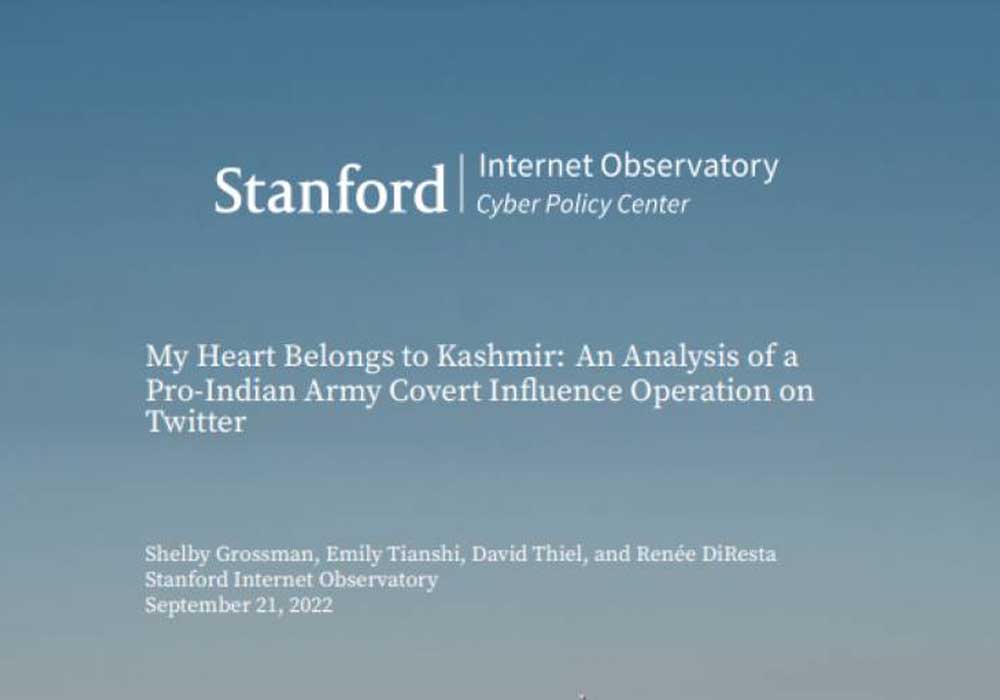 A study by Stanford University has found a pro-Indian covert operation spreading propaganda against the Pakistan Army in an attempt to highlight the purported successes of the Indian Army in Indian Illegally Occupied Jammu and Kashmir (IIOJK).

The paper titled “My Heart Belongs to Kashmir” was released on Wednesday by the Stanford Internet Observatory, has stated that the network promoted narratives and had possible links with Chinar Corps which is a branch of the Indian army that operates in Kashmir.

The study has further said that Twitter had not publicly attributed the network to any actor nor allowed the researchers to make independent attribution, but different social media companies like Twitter, Facebook and Instagram had temporarily suspended Chinar Corps official accounts due to coordinated inauthentic behaviour.

The Twitter account of Chinar Corps @ChinarcorpsIA was the seventh most mentioned or retweeted account in the network that was praising the Indian army in IIOJK, according to the research.

The authors Shelby Grossman, Emily Tianshi, David Thiel and Renee DiResta concluded by saying, “our report only scratches the surface” and calls upon researchers to further dig into the network.